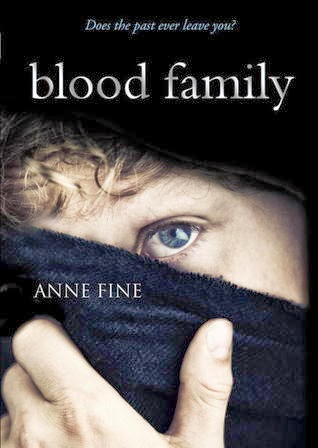 A dark and gripping tale of a young boy's struggle to escape the horrors of his childhood - and the violent destiny he fears must await him.

Edward is four years old when he is locked away with his mother by her abusive, alcoholic partner, Harris/ By the time an elderly neighbour spots his pale face peering through a crack in the boarded-up window and raises the alarm, he is seven.

Rescue comes, but lasting damage has been done. Sent to live with a kindly foster family, and then adopted, Edward struggles to adapt to normal life. Even as a teenager it's still clear to his new family and schoolmates there's something odd about him.

Then one fateful day, Edwatd catches a glimpse of himself in a photograph. What he sees shocks him to the core - a vision of Harris. Was this monster his father all along? And does that mean that, deep down, another Harris is waiting to break out?

Every step of progress Edward has made swiftly begins to unravel, and he has to decide whether his blood will determine his future.

Review:
The summary caught my attention so I decided to give this a go. It pleasantly surprised me; the plot was predictable enough once Edward turned to drugs and alcohol (thinks he's destined to be like Harris due to genetics, self-medicates to the point of near-annihilation, hits rock bottom and asks for help, recovery begins), but up to that point I was hooked wondering what happened to Edward. The addition of Mr. Perkins (the Mr. Roger's character that provides all of Edward's early learning) was much appreciated as an old-school Mr. Rogers fan.

The best feature of this book, in my opinion, was the differing points of view. The book is divided into 4 parts according to the major turning points in Edward's life, and in each section the narration and point of view constantly changes amongst various characters: Edward at various ages (it was cool watching the narration change gradually from a seven-year-old to a teenager), police officers, social workers,  his foster parents, his adoptive parents and sister, psychologists, teachers, etc. Amazingly, the different points of view don't get confusing at all, everything is clearly marked so you know who's speaking, and each voice is different enough to show a clear difference from one character to the other.

The glimpse into the foster care and adoption systems portrayed here were fairly accurate from my experience. I was kind of irked that the adoptive family was portrayed as distant as they were (especially the mother), but in other ways they were very realistic and appreciated that.

Recommendation:
A very engaging story about the effects of early trauma on a person's psyche and how that effects almost everything that comes after.

Thoughts on the cover:
I love it, the model chosen actually looks like Edward is described in the book, and the way is face is hidden reinforces how he tried to make himself invisible in his early interactions.
Posted by Andrea at 1:22 PM