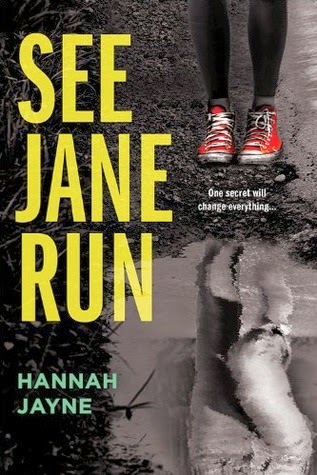 When Riley first gets the postcard tucked into her bag, she thinks it's a joke. Then she finds a birth certificate for a girl named Jane Elizabeth O'Leary hidden inside her baby book.

Riley's parents have always been pretty overprotective. What if it wasn't for her safety...but fear of finding out their secret? What have they been hiding? The more Riley digs for answers, the more questions she has.

The only way to know the truth? Find out what happened to Jane O'Leary.

Review:
The plot seemed really intriguing to me, so that's why I picked this one up. Unfortunately, it just didn't make that great of an impression.

Riley Allen Spencer finds a birth certificate in her baby book while rooting around in her parents' stuff. The birth certificate isn't hers though, it has a completely different name and birthdate on it, but what is it doing in her baby book. Rather than ask her parents directly about the birth certificate, Riley gets it in her head (thanks to her friend Shelby) that her parents actually kidnapped her and changed her name to keep the secret. So Riley actually skips out on a school trip to tour colleges to go to Oregon to investigate the birthplace listed on the birth certificate. After finding no trace of Jane O'Leary in any public records, she finally confronts her parents. She learns that she and her family aren't actually the Spencers, they're the O'Learys, and she is actually the Jane Elizabeth O'Leary from the birth certificate. Her parents were whistle blowers on an Irish kid-smuggling ring in Oregon (I know, it sounds completely ridiculous), and had to go into the Witness Protection Program after the head boss threatened Jane's life. They moved to California and Jane was given the identity of a dead baby boy, Riley Allen Spencer. Then back to present day, stuff happens and Riley is threatened and kidnapped and rescued and such.

The main character, Riley, was too easily persuaded by random strangers; she just seemed way too naive considering she's seventeen. Riley's best friend, Shelby, was infuriating and kept egging Riley on to do completely stupid stuff, to the point where I was actually happy when (spoiler alert) Shelby was hit by a car later on in the book. JD, the love interest, is a complete stereotypical bad boy: detentions all the time, rough kid from foster care, encourages Riley to skip out, etc. The writing is actually more like a movie script with the overabundance of dialogue rather than a novel with a balance between dialogue and descriptions.

The plot is incredibly unrealistic. First off, when Riley goes to the hospital in Oregon where Jane was supposedly born, the nurse eventually looks into the records for her but finds nothing. Due to privacy laws, that nurse would've lost her job for sure. Secondly, the witness protection program only moved the family one state away to California from Oregon...you'd think they'd put some more distance there. Third, this whole thing could've been prevented if Riley's parents had either trashed the original birth certificate or simply told Riley some details at an appropriate age so that their daughter wouldn't have an existential crisis upon finding out at age seventeen that her name and birthday aren't actually hers. Fourth, Irish mob-like child smuggling ring? Really? Last I checked Ireland actually had laws in place and is a first-world country where sending/selling kids across the ocean to the USA would likely get caught, especially when parents raised a stink about not getting them back.

Thoughts on the cover:
I'm not even sure what I'm supposed to be looking at. If Riley's in the Chuck Taylor shoes then the reflection is Jane?
Posted by Andrea at 8:54 AM