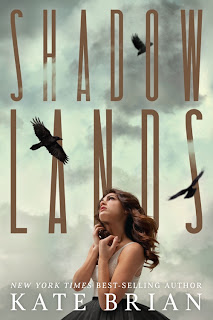 Rory Miller had one chance to fight back and she took it. Rory survived...and the serial killer who attacked her escaped. Now that the infamous Steven Nell is on the loose, Rory must enter witness protection with her father and sister, Darcy, leaving their friends and family without so much as a good-bye.

Starting over in a new town with only each other is unimaginable for Rory and Darcy. They were inseparable as children, but they haven't gotten along for years. As the sisters settle in at Juniper Landing, a picturesque vacation island, it seems as if their new home may be just the fresh start they need. They fall in with a group of beautiful, carefree teens and spend their days surfing, partying on the beach, and hiking into endless sunsets. But just as they start to feel safe, one of their new friends goes missing. Is it a coincidence? Or is the nightmare beginning all over again?

From the best-selling author of the Private and Privilege series comes a heart-stopping new trilogy about a girl who must pick up the pieces after the only life she's ever known is taken from her.

Review:
First off, there will be spoilers in this review. This is one of those books I can't really review without completely spoiling it for everyone, but the book brought that on itself. You'll see why.

The book starts off amazingly: a serial killer POV stalking and prepping to kill Rory, then switching to Rory's POV as she manages to escape and alert the authorities. Then it all goes downhill. Mainly because it doesn't even try to be believable. I'm supposed to believe that in the event that an escaped serial killer is loose in the area the FBI leaves the target family in their house that's isolated in the middle of the woods with just a police guard? Then wait till said serial killer makes a move on the girl who got away in order to expose a new clue/lead at the potential expense of the girl's life? Then when they finally put them in the witness protection program they just send them off on their merry way directly from their house in just an SUV with all their new documents on them (and not bothering to change their first names when they have uncommon ones like Rory and Darcy, really?!), without even a police escort? Riiiiiiiight. Like this makes perfect sense.

Then once they get to Juniper Landing there's the whole, "I know Steven Nell's here, we need to do something." "No, you're overreacting, stop being paranoid." dialogue that goes on for a good chunk of the book until it turns into, "I know something's wrong, tell me what's up." "Are you sure you really want to know?" "Yes, yes I do." "Well I can't tell you yet." that just makes me want to throw something against a wall. Repetitive dialogue in a novel that reads like a movie script makes me stabby. Plus all the Juniper Landing characters have no substance, the boys exist to be pretty and further the two dialogues stated above.

And then at the very last sentence of the book we finally find out what the heck is going on (not that some couldn't have figured it out already but that's besides the point). The book pulls a Narnia and Rory finds out she's dead. That's right. Those dreams she had where they get in a car crash on the way to Juniper Landing and escape that just fine but run into Steven Nell who was chasing them, kills dad and sister, and is in the process of killing Rory and succeeds, but not before Rory manages to kill him. Turns out the dreams were real. And Juniper Landing is some holding ground on the way to the afterlife where lost souls come to terms with their unfinished business before moving on. All this in the last paragraph. I'm sorry but I don't get into books where the character is already dead, unless it relates back to their being alive or looks at other people still alive (ala The Lovely Bones). I don't care about them once they're dead, they're dead, that's the point! Death is the penultimate "avoid this fate" in every book we read, we care about the characters because we want them to live, once they're dead I could care less. Plus now that the book screwed with you for a whole novel, now you need to read the next one to figure out what really happens (if you even care by this point).

Recommendation:
A mind screw (not even one of the good ones), and a poorly written one at that.

Thoughts on the cover:
Oh, and the cover? Absolutely nothing to do with the book. The girl on the front has brown hair and looks like she stepped out of the sixties with her clothing. Rory is blonde (and no, she doesn't dye it while in witness protection) and doesn't dress like that. Unless it's supposed to be Darcy. The girl on the back I'm assuming is Krista.
Posted by Andrea at 10:37 AM