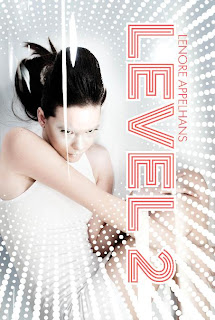 Since her untimely death the day before her eighteenth birthday, Felicia Ward has been trapped in Level 2, a stark white afterlife located between our world and the next. Along with her fellow prisoners, Felicia passes the endless hours reliving memories of her time on Earth and mourning what she's lost - family, friends, and the boy she loved, Neil.

Then a girl in a neighbouring chamber disappears, and nobody but Felicia seems to recall she existed in the first place. Something is obviously very wrong. When Julian - a dangerously charming guy Felicia knew in life - comes to offer Felicia a way out, she learns the truth: A rebellion is brewing to overthrow the Morati, the guardians of Level 2.

Felicia is reluctant to trust Julian, but then he promises what she wants the most - to be with Neil again - if only she'll join the rebels. Suspended between heaven and Earth, Felicia finds herself in the center of an age-old struggle between good and evil. As memories from her life come back to haunt her, and as the Morati hunt her down, Felicia will discover it's not just her own redemption at stake...but the salvation of mankind.

Review:
This book was written by a book blogger, one whose reviews I followed religiously pre-baby (lack of time now sadly leads me to forgo reading other blogs with any regularity). When I found out she'd not only written a book, but that it was actually a trilogy and she managed to get it published by a top notch publisher, I was giddy. So it kills me to say that I didn't love it...I loved certain aspects of it, but the novel as a whole just didn't grab me.

The novel starts off with a wonderfully creative take on the afterlife. After Felicia dies, she ends up in a stark white realm resembling beehives where groups of people (Felicia is grouped with other young women) are 'plugged' into consoles where they can access the memories from their own lives as well as the lives of others. They can post their own memories for others to rent in exchange for credits, with which they can in turn rent the memories of others, which takes on a new meaning when you realize that they can only experience things from memories, to the point where people rent memories of in-depth book readings so they can still 'read'. I loved this idea and thought it was awesome.

As the book progresses, you find out that this realm, known as Level 2, is the holding ground for human souls on their way to the next stage of the after-life, kind of like a sterile purgatory where they are supposed to recall difficult memories from their lives to come to terms with things and be able to move on, but the guardians (Morati) have perverted it, not only to stop souls from moving on, but to harness their energy (and commandeer their 'bodies') to fuel a rebellion against Him. In turn, there are guardians split off from the main group rebelling against the larger group, which Felicia joins through Julian. So yeah, very Paradise Lost in this regard.

As Felicia and Julian explore Level 2 and the rebellion plot unravels, Felicia's past is revealed through accessing her memories. I loved these scenes, it's through them that Felicia becomes a very relatable character, we see everything from the mundane to some very difficult moments in her later years. You see the dynamic between her and her parents, friends, teachers, even a church youth group. I loved Felicia as a character simply because she was painfully real, and the details from the memories reinforce this and made me feel sympathy for her. To be honest, the only drive I had to get to the end was to see what actually happened to Felicia in Germany, and then again in Nairobi; the whole rebellion in Level 2 I could've cared less about, especially towards the end when we finally see how Julian fits into things and it gets very existentialist and weird. Ultimately the ending felt rushed, some details were confusing and the very end doesn't seem to lend itself to a trilogy...it ends like an unsatisfying one-shot.

Recommendation:
Loved the initial concept of the afterlife, as well as the characterization and the writing. Couldn't get into the main plot and how things progress.

Thoughts on the cover:
Love it. The stark white (including the silver-y eyeshadow on the model) reinforces the feel of Level 2. The lead-in lines and bubbles that focus on Felicia are a nice touch, as is the fluorescent orange/red font.
Posted by Andrea at 9:19 PM