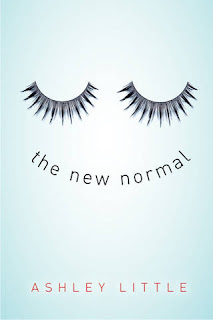 Tamar Robinson knows a lot about loss and regret-more than any teenager should. Her younger sisters are dead, her parents are adrift in a sea of grief, and now Tamar is losing her hair. But life goes on, and regrets are useless. Tamar isn't the most popular girl at school or the best-looking, but she's whip-smart, morbidly funny and-most important of all-tenacious.

Review:
Tamar is sixteen and lives in the Calgary suburbs with her mom and dad. She used to be the oldest, but now she's an only child after her younger twin sisters died in a drunk driving accident several months earlier. Her mom now does nothing but yoga, her dad lives in his own world, and Tamar is losing her hair due to the stress. What makes matters worse is that her sisters weren't the most likeable people in the first place so Tamar doesn't quite know how to grieve for them.

I liked this book because it deals with grief and loss, something not enough YA books dealt with back when I was actually in the target age range for them. I especially like this one because it deals with the fact that people won't always be devastated by the loss of everyone they know who dies, even if they were related to them. Some people are just not nice human beings and if they didn't bring a lot of positives to your life you're not going to be missing much when they die. Tamar tries to deal with a lot of things in the wake of her sisters' deaths: school, being hassled by her sisters' drug dealer for unpaid money, a lack of money due to her parents unable to work due to grief, and even first love.

Recommendation:
This is a quick read but a good one. Tamar is a strong female character whose efforts at trying to find her 'new normal' are admirable.

Thoughts on the cover:
Clever way to integrate something signifying Tamar's hair loss into a cool cover image.
Posted by Andrea at 1:39 PM