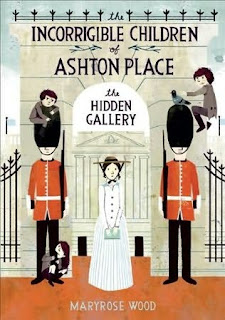 Summary:
Of especially naughty children it is sometimes said, "They must have been raised by wolves."

The Incorrigible children actually were.

Thanks to the efforts of Miss Penelope Lumley, their plucky governess, Alexander, Beowulf, and Cassiopeia are much more like children than wolf pups now. They are accustomed to wearing clothes. They hardly ever howl at the moon. And for the most part, they resist the urge to chase squirrels up trees.

Despite Penelope's civilizing influence, the Incorrigibles still managed to ruin Lady Constance's Christmas ball, nearly destroying the grand house. So while Ashton Place is being restored, Penelope, the Ashtons, and the children take up residence in London. Penelope is thrilled, as London offers so many opportunities to further the education of her unique students. But the city presents challenges, too, in the form of the palace guards' bearskin hats, which drive the children wild—not to mention the abundance of pigeons the Incorrigibles love to hunt. As they explore London, however, they discover more about themselves as clues about the children's—and Penelope's—mysterious past crop up in the most unexpected ways...

Review:
After reading the first book in this series last year, I was so charmed by the book that I knew I had to pick up the subsequent books whenever they came out.

Picking up after the events of the first book, Penelope, the children, and Lord and Lady Ashton decide to spend some time in London while Ashton Place is being repaired. Questions are raised about the children's parents and Penelope's past, which are the main plot points driving the series right now, plus we see the addition of a nice potential love interest for Penelope, as well as some indication in regards to what happens to Mr. Ashton during a full moon. The children, although more civilized now thanks to Penelope, still get into hilarious situations like growling at the Buckingham Palace guards because of the fur hats.

The book is written to come off across like a classic governess story, but with more humour. The series so far is incredibly charming, I can't stress that enough, I literally melt as I read them because you just don't see modern children's books written in this type of style anymore. The plot does move fairly slowly, so I think it'll take at least one or two more books before we see major developments in the plot (though it's not hard to guess where things are going, this is a middle grade novel after all). I can't wait for the next installment, and will be waiting for it next year.

Recommendation:
Kids will love this. I can completely picture myself reading this to my future child when they're about 8-9 years old. Heck, I love reading this even as an adult, it's so incredibly charming.

Thoughts on the cover:
The illustrations for the cover and those interspersed throughout the novel are done by the same illustrator from the first book, so more 60s-esque kitschy drawings, which I love.
Posted by Andrea at 4:06 PM