There Will Come a Time - Carrie Arcos 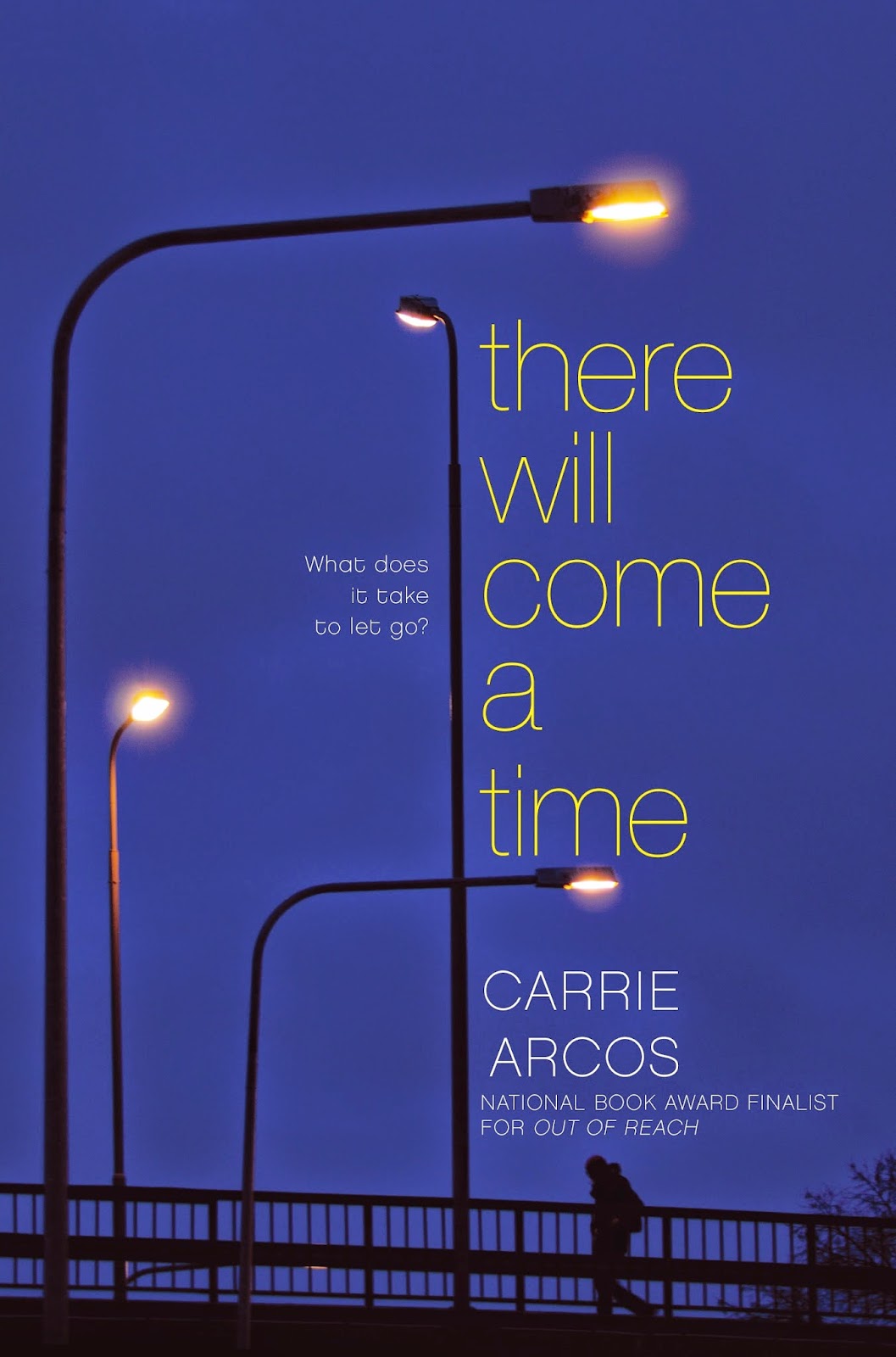 Mark knows grief. Ever since the accident that killed his twin sister, Grace, the only time he feels at peace is when he visits the bridge on which she died. Comfort is fleeting, but it's almost within reach when he's standing on the wrong side of the suicide bar. Almost.

Grace's best friend, Hanna, says she understands what he's going through. But she doesn't. She can't. It's just not the immensity of his loss. As her twin, Mark should have known Grace as well as he knows himself. Yet, when he reads her journal, it's as if he didn't know her at all.

As a way to remember Grace, Hanna convinces Mark to complete Grace's bucket list from her journal. Mark's sadness, anger, and growing feelings for Hanna threaten to overwhelm him. But Mark can't back out. He made a promise to honour Grace - and it's his one chance to set things right.

Review:
I read the author's award-winning Out of Reach last year and loved it, so when I recognized the name on this one, I knew I had to try it.

There Will Come a Time doesn't make quite an impact as Out of Reach in my opinion, purely because it's a story of a teen dealing with grief and that type of story line is more common. I'm actually happy about that since grief narratives weren't common even a few years back, but those types of stories do get a bid predictable.

Mark Santos is going into his senior year of high school, 6 months after the car accident that killed his twin sister Grace. Between stalking the man who caused the accident and hanging out at the bridge where it happened, Mark is definitely not okay, but thankfully his parents have him in therapy as the book begins, plus he's in a twin-less twin support group. Mark is struggling to move on after Grace's death, which is complicated even further when Mark and Hanna find Grace's journal and read it. They find a "list of things to do this year" full of things that Mark knows Grace would've actively avoided, so that unnerves him even more. Hanna gets the idea to do all the items on Grace's list as a way to remember her: bungee jumping, run a 5K, learn to surf, perform spoken word at a club, and climb to the top of a mountain and watch the sunrise.

The book follows Mark through various aspects of his grief: returning to school and his band, questioning his feelings for Hanna, how to move on when Grace was such a huge part of his life, how to treat Grace's boyfriend River, relating to his dad, step-mom, and younger sister Fern; and whether to give his absentee mother another chance.

I felt this was a realistic story: Mark gets upset and angry and snaps at others because he feels his grief is so far above everyone else's, but due to the influence of therapy he doesn't do anything outright stupid like try to jump off the bridge. It's also hopeful. Mark manages to move on and feel empathy for everyone else's grief, like when he gives River Grace's old bracelet and the poem from her journal and tells him that she really did love River like he loved her. He realizes Grace is still present in his family's traditions and in how they interact, and that he is still a brother to Fern and needs to keep it together. He has an outlet in doing the bucket list and shares in his grief with Hanna, as well as his texts with Lily where he shares what he misses about Grace each day.

Recommendation:
Not as amazing as the author's previous work, but still a great book about working through the grief process.

Thoughts on the cover:
I like the streetlights against the almost navy-coloured sky, and you almost miss the silhouette that's supposed to be Mark at the very bottom.
Posted by Andrea at 7:50 PM