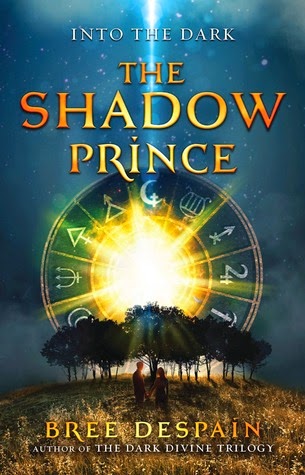 Haden Lord, the disgraced prince of the Underrealm, has been sent to the mortal world to entice a girl into returning with him to the land of the dead. Posing as a student of Olympus Hills High - a haven for children of the rich and famous - Haden must single out the one girl rumoured to be able to restore immortality to his race.

Daphne Raines has dreams much bigger than her tiny southern Utah town, so when her rock star dad suddenly reappears, offering her full tuition to Olympus Hills High's prestigious music program, she sees an opportunity to catch the break she needs to make it as a singer. But upon moving to into her estranged father's mansion in California and attending her glamorous new school, Daphne soon realizes she isn't the only student in Olympus who doesn't quite belong.

Haden and Daphne - destined for each other - know nothing of the true stakes their fated courtship entails. As war between the gods brews, the teenagers' lives collide. But Daphne won't be wooed easily, and when it seems their prophesied link could happen, Haden realizes something he never intended - he's fallen in love. Now to save themselves, Haden and Daphne must rewrite their destinies. But as their destinies change, so do the fates of both their worlds.

A pulsating romance of epic proportions, Bree Despain's The Shadow Prince will leave her fans breathless for the next book in the Into the Dark series.

Review:
Oh, this book had potential...and then I read the whole thing and discovered it had so many cliches it made me cringe. It actually reminded me of Twilight, and that's not a good thing.

I have to admit, the first 100 pages or so were really enticing. Haden is the prince of the Underrealm, but disgraced by his father. His twin brother Rowan is the top pick for the Champion to bring home the Cypher, but the Oracle chooses Haden instead. So off Haden goes to bring the girl home, but the poor boy isn't quite knowledgable about Earth, so he gets a crash course involving Google and Youtube. Daphne meanwhile is getting cabin fever in Ellis Fields (the thinly veiled Greek mythology references made my head hurt) and wants to get away. Her chance appears in the form of her dad Joe Vince, rockstar extraordinaire that she hasn't seen since she was 10, complete with court papers giving him complete custody (yeah, like that's realistic) and offering her a spot at the music program at Olympus Hills. Daphne immediately leaves her home and her mom, claiming she's making it easier on her mother by going willingly so her mother won't sell her flower shop to pay the legal bills to get the court order revoked (again my suspension of disbelief isn't buying this).

So fast forward to Olympus Hills, we find out Daphne has freaky deaky music sense that compels her to practice in a grove where other girls were kidnapped/taken to the Underrealm, Haden comes on too strong and gets the first impression of being a psycho (but that doesn't deter Daphne for long), and of course Daphne makes no friends at school 'cause naturally everyone is jealous of her. She soon falls head over heels for Haden, complete with the intrigue of listing everything she knows about the mysterious boy (she actually makes a list in her notebook...I know no teenage girl who would actually do this). She's freaked out by discovering her name tattooed on his arm (so he would know the identity of the Cypher), but kisses him like crazy when she witnesses him killing a creature escaped from the Underrealm, make up your mind girl! Plus she's not quite as freaked out by guy friend Tobin who's unnaturally obsessed with Haden because he thinks he stole his sister six years prior...this girl has issues with her judgement calls.

It takes about 250 pages for anything to really happen in the first place, then the plot gets lost in the high school dramatics, Daphne dealing with her alcoholic dad, and the love aspect. By the time I got to the end it was getting painful, the plot starts to pick up again at the end of course, which means the next book in what I'm assuming is a trilogy will either change my mind or redeem this mess.

Recommendation:
Had potential, but poorly executed and longer than it needed to be.

Thoughts on the cover:
It's perty, that is all.
Posted by Andrea at 8:01 PM