The Princess in the Opal Mask - Jenny Lundquist 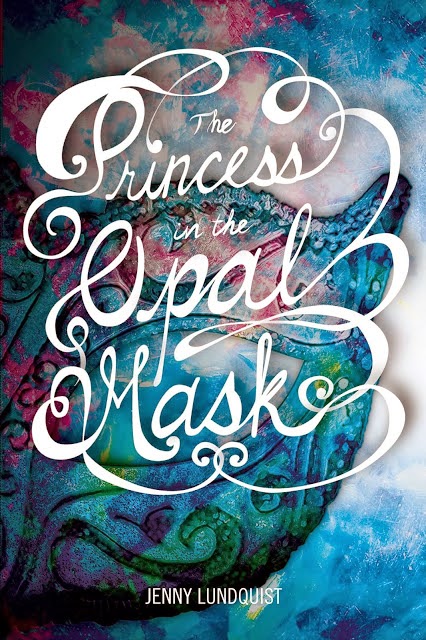 Orphaned as a child in the crumbling village of Tulan, Elara is determined to learn her true identity, even if it means wielding a dagger. Meanwhile, in Galandria's royal capital, Princess Wilha stands out as someone to either worship or fear. Though no one knows why the king has always made her conceal her face - including Wilha herself.

When an assassin attempt threatens the peace of neighbouring kingdoms, Elara and Wilha are brought face to face...with a chance at champing new identities. However, with dark revelations now surfacing, both girls will need to decide if brighter futures are worth the binding risks.

Review:
The premise of this book sounded interesting, so I picked it up. I figured out the plot almost immediately (think Man in the Iron Mask except with girls), so I assumed it was going to go downhill as soon as I realized what was going to happen. Thankfully, the author has created enough character development in Wilha and Elara to carry the story even after I essentially called it on the plot.

Wilha took a little getting used to since she starts out as very meek, but thankfully she gets a bit of a spine as the book progresses. Elara is fiery and prickly but softens slightly towards the end of the story. There is a sequel planned for later this year, so I'll be picking it up to see where this story is headed.

Recommendation:
Very similar to Man in the Iron Mask, so if you liked that story but always wanted female protagonists, then give this a shot.

Thoughts on the cover:
Very pretty. I appreciate how the colour scheme of the blues and purples match the royal colours of Wilha's family the book.
Posted by Andrea at 9:23 PM