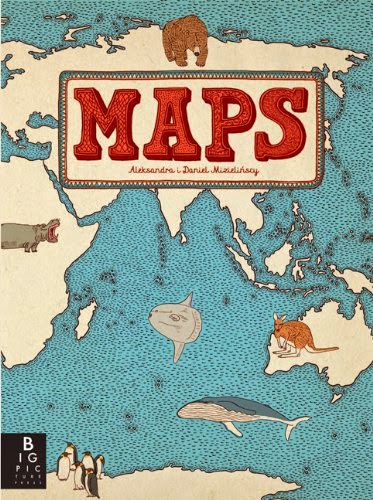 This book of maps is a visual feast for readers of all ages, with lavishly drawn illustrations from the incomparable Mizielinskis. It features not only borders, cities, rivers, and peaks, but also places of historical and cultural interest, eminent personalities, iconic animals and plants, cultural events, and many more fascinating facts associated with every region of our planet.

Review:
I had parents and grandparents that thought geography and navigation were important skills to cultivate, so one key memory from childhood is of my grandfather plopping an atlas on my lap before the age of ten and asking me questions about countries till he was satisfied that I was a smart cookie. So I have a fondness for atlases and books of maps in general. This one is perfect for kids, with whimsical drawings and lots of added information in the form of pictures such as local food, native animals, and my favourite, examples of male and female names from each featured country.

To give you an example, here's an excerpt of one of the pages: 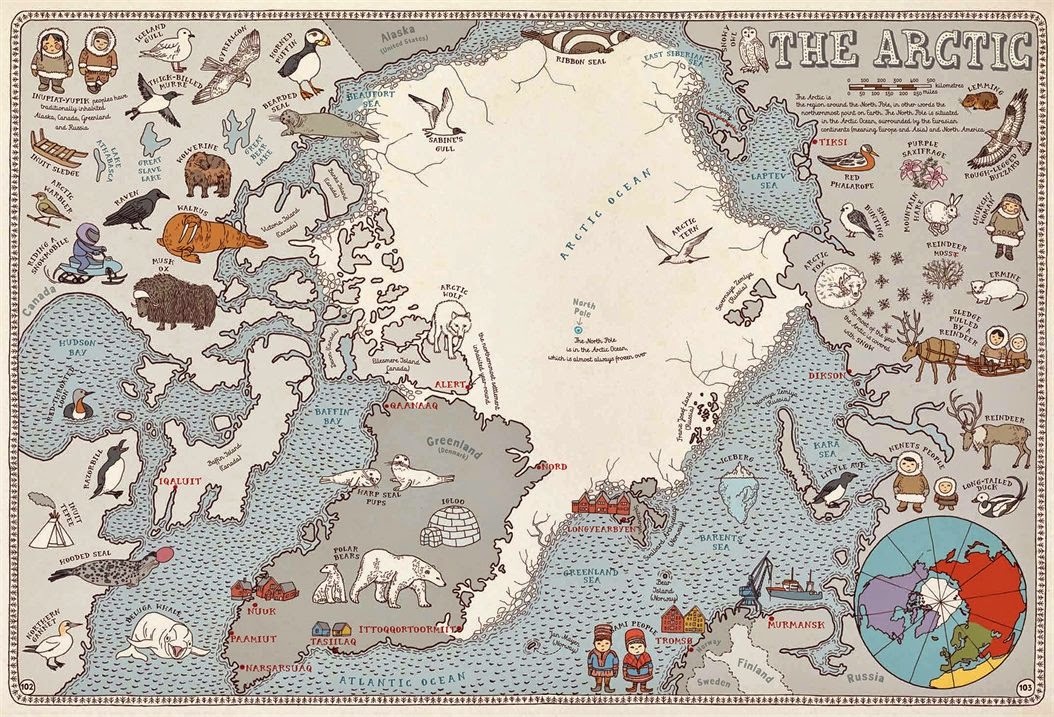 Not all the countries in the world are featured in the book as individual maps, but they are listed on the spread for each continent. There's also a list of all the flags of every country in the world at the back of the book. The book itself is pretty big, slightly larger than your average coffee table book, so this is one that you'll need to lay flat on a bookshelf.

Recommendation:
Perfect book of maps for children to get them interested in geography and other cultures.

Thoughts on the cover:
Pretty much what you'll seen on the inside, but not quite as detailed.