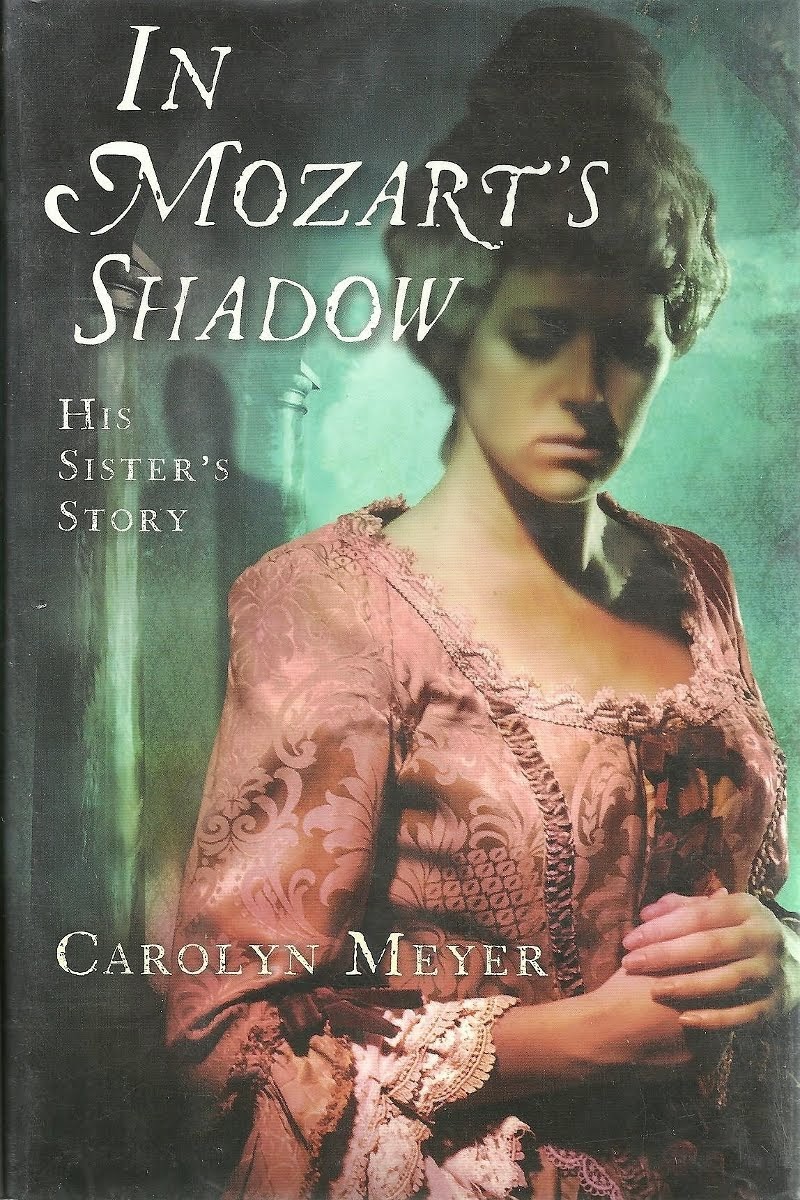 There were once two musical prodigies in the Mozart family: Wolfgang and his older sister, Nannerl. Their tremendous talent could not be confined to their hometown of Salzburg, Austria, so the Family Mozart spent years touring the royal courts of Europe, entertaining  kings, queens, and nobles with the music of the delightful brother-and-sister duo. But as Wolfgang's genius bloomed, his gifted sister was pushed out of the spotlight.

This is the story of Nannerl, "the other Mozart," a passionate musician who never stopped dreaming. While Wolfgang tours the world and forges ahead into a celebrated musical career, Nannerl is left behind in dreary Salzburg. Through romantic turmoil, family strife, and frustration over her derailed ambitions, Nannerl's only comfort is her music. It may not bring her fame as it does for her brother, but can it bring her happiness?

Review:
I knew Mozart had a talented sister, but never knew anything else about her, so I decided to pick this up. The book chronicles Maria Anna, aka Nannerl, from about age 11 to age 40. At first when they were young, Nannerl and Wolferl would play together; but when Wolfgang's talent began to be much more impressive, their father insisted on Wolfgang performing on his own. Then their father would leave for European tours with just Wolfgang, leaving Nannerl and their mother at home. When her father refuses to allow her to pursue a musical career of her own (or advocate for her), Nannerl's only prospect left is marriage. When she finally does find a man she loves, her father will not approve the marriage. Settling for a match that pleases her father between a man she does not love, Nannerl lives out her life as such until her brother's death at the end of the book.

If nothing else, this is a great piece of historical fiction about the lack of options for women. Nannerl is a wonderful musician, but must be asked to go away to study and be appointed to a position in order to actually have a career in it, and is overlooked because she is a girl. Even when her only option is marriage, her father rejects the man she actually loves that treats her well because he isn't rich enough for her father's taste. She is forced to settle for a man she doesn't love because his status is satisfactory. All the while, her brother is allowed to indulge his talent and flits around irresponsibly. Women were at the mercy of their fathers, then husbands, barely even able to even earn money of their own, and cornered into marriages of convenience to save themselves from destitution.

Recommendation:
A good glimpse into the life of Mozart and his sister and the unfortunate circumstances that surrounded their life.

Thoughts on the cover:
Slightly dark and foreboding, it almost looks like a Gothic romance novel.
Posted by Andrea at 1:17 PM