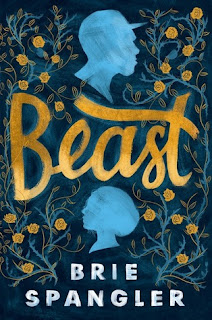 Tall, meaty, muscle-bound, and hairier than most throw rugs, Dylan doesn't look like your average fifteen-year-old, so, naturally, high school has not been kind to him. His nickname, Beast, already announces his every step. And to make matters worse, on the day his school bans the two things that that let him hide, his hat and his long hair, Dylan goes up on his roof, only to fall and wake up in the hospital with a broken leg-and a sentence to attend group therapy for self-harmers.

Dylan vows to say nothing and zones out during therapy-until he meets Jamie. She's funny, smart, and so stunning, even his womanizing best friend, JP, would be jealous. She's also the first person to to ever call Dylan out on his superficiality. As Jamie's humanity and humour begin to rub off on Dylan, they become more than just friends. But there is something Dylan doesn't know about Jamie, something she shared with the group the day he was wallowing in self-pity and not listening. Something that shouldn't change a thing. She is who she's always been-an amazing photographer, a true romantic hidden inside a realist, and a devoted friend, who is also transgender. Will Dylan's hang-ups about himself cause him to lose the best girl he's ever known?

Review:
As soon as I read the summary for this book I knew I had to read it. It covers the relationship between a cisgender male and a girl who is trans, complete with all the questions such a relationship would raise. Ultimately, it is a sweet story about transgender teen romance, from Dylan's point of view, which makes it unique (I've read accounts from a trans character before, but not from the cisgender character).

Dylan is huge. He's already 6"4 at age fifteen and still growing. When you add that's he's insanely hairy, you can see why he earned the nickname "Beast", and he HATES it. When everyone expects Dylan to be a dumb football player, in reality he's studying for the Rhodes scholarship to go to Oxford to study cancer, what killed his father when Dylan was only three. Dylan survives school by hiding behind his hair and hat, and hanging around his friend JP. When his school bans long hair and hats, he lands in the hospital and is flagged as a self-harmer, which lands him in therapy. He meets Jamie and is awe-struck, but misses a key piece of information about her. As they get to know each other and Dylan and Jamie fall equally head over heels for the other, Jamie's trans identity is brought up and Dylan completely freezes, questioning whether this makes him gay or any of the other myriad of thoughts that would go through a teenage boy's head. Dylan even asks his dead father for a sign that he's making the right choice, until he realizes that he simply loves a girl named Jamie.

There's a lot of dimension to this book, at one end it's sweet and loving with Dylan and Jamie accepting each other fully, and on the other hand you've got kids bullying both of them when word gets out at Dylan's school that Jamie was born a boy. There's also a portion of the novel where Dylan is acting like a typical teenage boy and you want to smack him for being such an idiot, but he's a lovable idiot, so I forgave him. Jamie's not completely innocent either, the author really managed to make both protagonists very three-dimensional and flawed while still making readers root for them, except for JP though, he was just an ass. Dylan's narration is hilarious at times, it's very witty and cleverly written. The story is also equal parts realistic and positive: it's not a doom and gloom story, but it accepts Jamie's reality while still making her positive about her life.

Recommendation:
This is a must-read, not just for the subject matter, but Dylan as a character is equally intriguing.

Thoughts on the cover:
Simple yet effective, I like the blue and gold colour scheme.
Posted by Andrea at 2:37 PM