Can't We Talk About Something More Pleasant? - Roz Chast 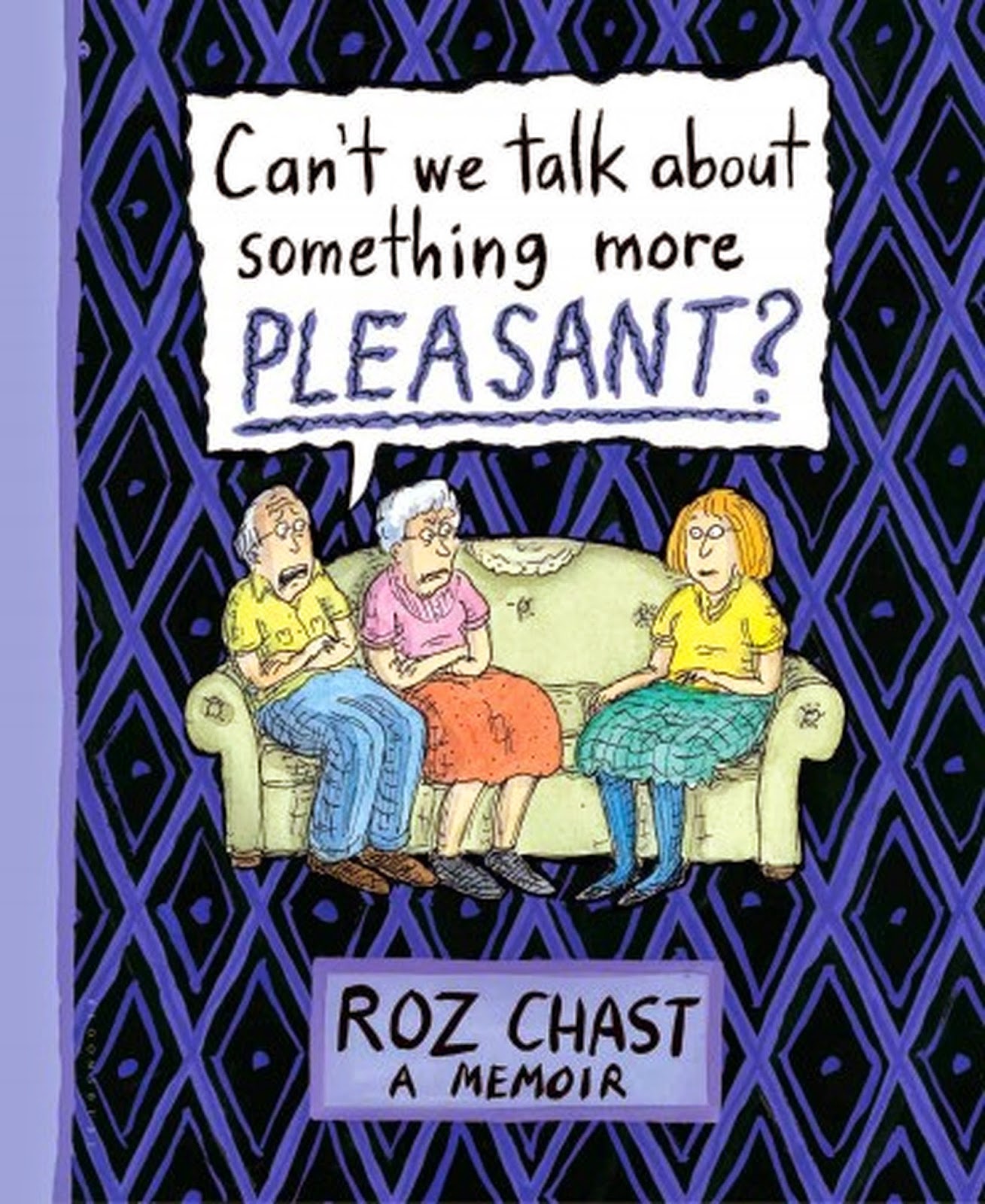 Roz Chast and her parents were practitioners of denial: if you don't ever think about death, it will never happen. Can't We Talk About Something More Pleasant? is the story of an only child watching her parents age well into their nineties and die. In this account, longtime New Yorker cartoonist Chast combines drawing with family photos and documents, chronicling that "long good-bye."

Review:
My mother has been a caregiver for the past ten years, the majority of my adult life. All four of my grandparents were alive and well in 2005 until my maternal grandmother was diagnosed with cancer. From that year onward, one after another had serious health issues that needed help navigating through the health care system; and despite four siblings one one side and two on another, the care of all four aging parents mostly fell to my mother. So because of her experience with caregiving, I picked up this book to read, and also for myself, because like the author, I am an only child who will be solely responsible for the care of my own parents.

The author opens the memoir with recounts of her parents and their attitudes toward death. Both children of Jewish/Russian immigrants born in 1912, they experienced their fair share of tragic death on both sides of the family between sickness, war, the Depression, and the Holocaust. As a result, death was a subject that was simply not discussed. The early trauma in her parents' lives probably also explains her father's debilitating anxiety and her mother's over-controlling nature. When the author was born in 1954 as her parents' only child (their previous child was stillborn), their anxiety and control drove her from their Brooklyn home to college, later moving to Connecticut in 1990 with her husband and growing family. After the attacks of September 11th, when her parents were nearing 90, the author began to make visits back to her old neighbourhood and saw for herself how her parents were declining. When her mother is hospitalized in early 2006 and she sees her father's senility up front when she cares for him in her home, the author begins the journey of trying to convince them to enter an assisted living facility, and their eventual deaths.

Though this was a difficult book to read purely because it hits oh so close to home, I was laughing just as often as I cried, the author really knows how to take a troubling subject and bring out the inherent humour in it. The author's parents, as she portrays them, are freaking hilarious. Her dad's tangents about bankbooks, though rooted in senility, you can't help but chuckle at.  Her mother's stubborn streak, which rivals that of some of my family members, had me laughing like I was watching an elder caricature in a movie or tv show.

The subject matter is portrayed very realistically, which I and my mother can vouch for. Watching over elderly parents that you feel aren't quite coping independently anymore while trying not to arouse their suspicion that you think they're reverting to children that need supervision, trying to convince them to consider a retirement home when that one incident occurs that insists you can't ignore the issue anymore, trying to go over wishes for end of life care or funeral arrangements amidst insisting that you can discuss this some other time, dealing with their doctor's appointments and hospital stays while still trying to manage your own life, trying to ignore judgements from family and friends who have no idea what the situation is actually like, cleaning out a lifetime of personal possessions after a death or move into a care facility, and handling the grief when that person does finally die.

Recommendation:
Being a caregiver is incredibly hard, which this book certainly portrays. You will cry a river here, but you'll also laugh; the author manages to carefully convey the conflicted nature behind caring for aging parents.

Thoughts on the cover:
The cover image gives you a good idea of the drawing style the author employs throughout the rest of the book, and I love the panicked look her father has.