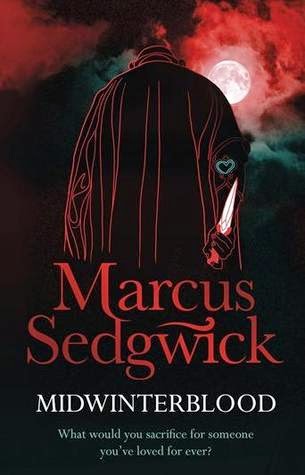 'I will live seven times and I will look for you and love you in each life. Will you follow?'

In 2073 on the remote and secretive island of Blessed, where rumour has it that no one ages and no children are born, a ritual sacrifice takes place.

It echoes a moment ten centuries before, when, in the dark of the moon, a king was slain, tragically torn from his queen. Their souls search to be reunited, and as mother and son, artist and child, forbidden lovers, victims of a vampire, after they come close to finding what they've lost. But can love last forever?

Review:
This was a surprisingly well-done book that blew me away (the few books I've read with reincarnated lovers have frankly sucked).

It opens up with Eric Seven taking a trip as a journalist to investigate Blessed Island and the rumours that plague it. Strange things begin happening right away: he gets no signal on his phone and apps don't work, there are plenty of people but no children, and he becomes captivated by a young woman named Merle that he's never met but feels like he knows her. Eric loses track of time as he's been given a tea that acts like a sleep aid, and eventually becomes the target of the islanders' sacrifice to allow more children to be born. Just as he sees the knife flash over his head with Merle watching does  Eric realize he's been through this before, which begins the flashbacks from his most recent life all the way back to his original one.

Each of the following six stories feel like they could be stories unto themselves, but they really click when read together since little details unite all seven lives together: the apples, the tea, the rabbits, the Dragon Orchids, the viking grave. Eric and Merle were reincarnated as twin brother and sister, reclusive artist and young child, mother and son, farmer and pilot's daughter, and lovers in a Romeo and Juliet type story; and some of you might cringe thinking "ewww, brother and sister, mother and son, old man and little girl, they're supposed to be lovers right?" The good thing is that the two of them don't necessarily have a romantic love in each lifetime, but the two figures do love each other; which I think is more interesting since if they were reincarnated as romantic lovers each time it would get a little boring.

The whole book has a kind of ephemeral quality to it, light and airy like reading an old-fashioned story with not much substance, but hits you somewhere deep inside yourself like you've just discovered some obvious truth that it just took you forever to realize.

Recommendation:
An amazing book about lovers reincarnated across hundreds of years and various lives. Just trust me on this one and read it, it will blow you away.

Thoughts on the cover:
Considering how good the book is, the cover makes it look like a boy's B-grade novel or something. There are cover variants out there with two rabbits on the cover with a red and purple colour scheme which look nicer.
Posted by Andrea at 8:16 PM