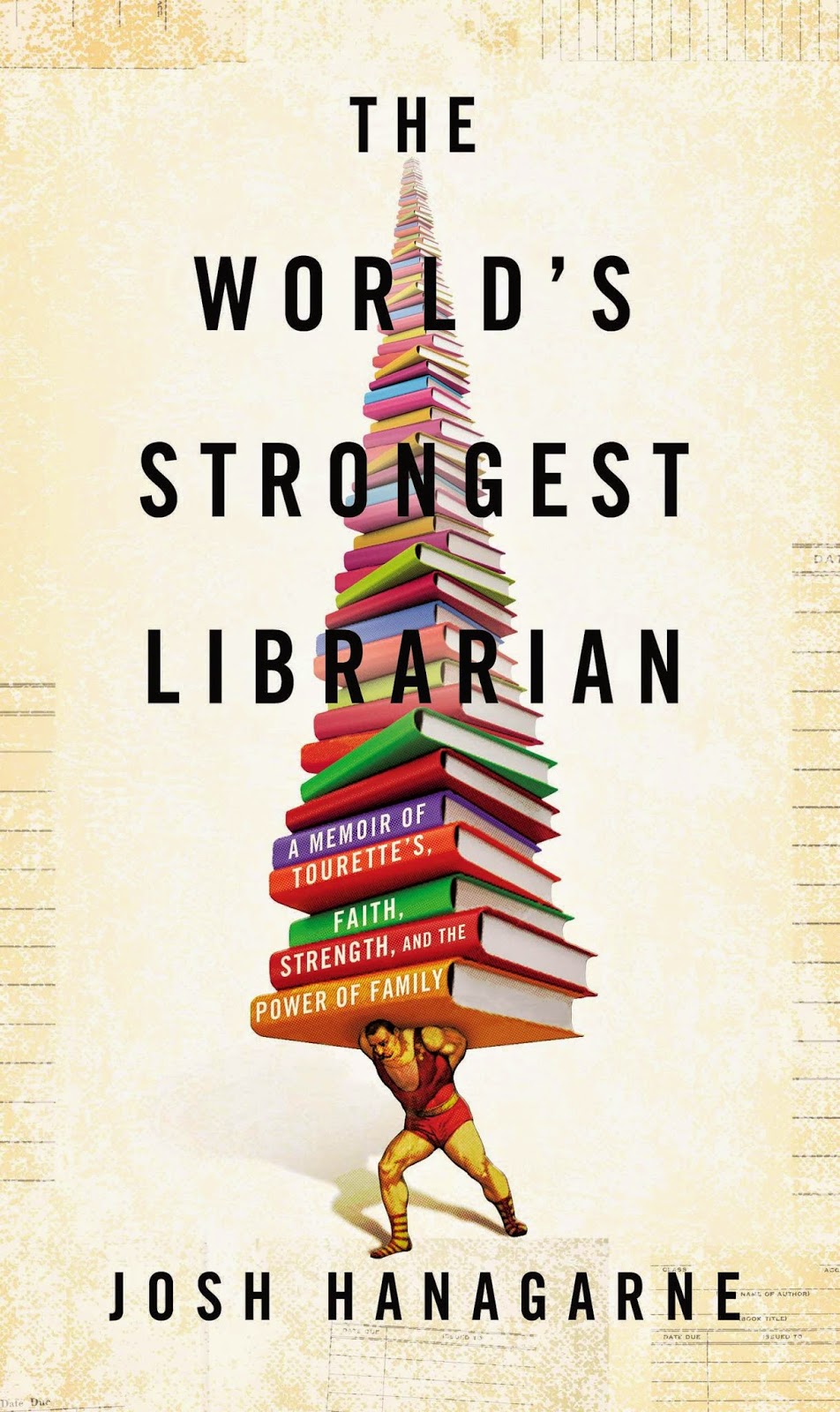 A funny, book-obsessed kid, Josh Hanagarne was born to Mormon parents in rural Utah. He plotted escape to Piers Anthony's magical land of Xanth, freaked himself out with Stephen King's Pet Sematary,  and fell in love with Fern from E.B. White's Charlotte's Web.

Large for his age, Josh was playing the role of Tree in his elementary school play when he suddenly started twitching uncontrollably. Turns out the tree had Tourette Syndrome.

By the time Josh turned twenty, his tics had become too drastic to ignore. Desperate for liberation, Josh tried all possible treatments: well-intentioned chiropractic massage from a future convict; antipsychotic drugs that left him in a fog; even Botox injected directly into his vocal cords to paralyze them, which left him voiceless for two years. The results were dismal.

As his tics worsened, the list of casualties grew: Josh's relationship with his girlfriend, his Mormon mission, his college career, countless jobs, his sense of self, and - slowly but relentlessly - his faith.

It turned out to be weight lifting that provided the most lasting relief, as Josh learned to "throttle" his tics into submission in the weight room. Under guidance from an eccentric, autistic strongman - and former Air Force tech sergeant and prison guard in Iraq - Josh quickly went from lifting dumbbells and barbells to performing increasingly elaborate feats (like rolling up frying pans and bending spikes). What started as a hobby became an entire way of life - an an effective way of managing his disorder.

At an imposing 6'7" and literally incapable of sitting still, Josh is certainly not your average librarian, He is an aspiring strongman, bookish nerd, twitchy guy with Tourette Syndrome, devoted family man, and tearer of phone books. A tall, thin paradox in thick glasses. Funny and offbeat, The World's Strongest Librarian traces this unlikely hero as he attempts to overcome his disability, navigate his wavering faith, find love, and create a life worth living.

Review:
I'll read anything to do with books and libraries, even when they're interwoven amongst a big guy with Tourette's. Thankfully this book was immensely entertaining, you'll laugh even if you're not into book humour.

The book begins with Josh's early years in the late 70s and progresses until his present-day adulthood.  Each chapter begins with an anecdote about Josh's experience working in the Salt Lake City library, which are pretty authentic if you are familiar with the library environment or have friends that work in one.

I learned a lot about Mormonism while reading this; the whole section on Josh's mission and the training leading up to it was fascinating, like college but with a community service internship tacked on at the end. Plus I learned stuff about kettlebells that I probably will never need to know, but was pretty entertaining to read about. I already know a bit about Tourette's since I work in schools, but Josh's case was really extreme, his wife deserves a medal for how supportive she was during the worst years of it.

The best part of the reading experience, at least for me, was the instant connection as a book lover over Josh's many literary anecdotes. Like falling in love with Fern from Charlotte's Web (I never had a girl-crush on Fern, but reading Charlotte's Web was nevertheless a memorable experience for me as a child), loving Mark Twain, and having a reverence for libraries themselves.

Recommendation:
Hilarious, enlightening, and makes you stop and think. A must for book lovers, and I'm willing to bet you'd enjoy it even minus the bibliophile content.

Thoughts on the cover:
I like the strongman carrying a huge stack of book, a classic image turned on its head.
Posted by Andrea at 9:21 PM