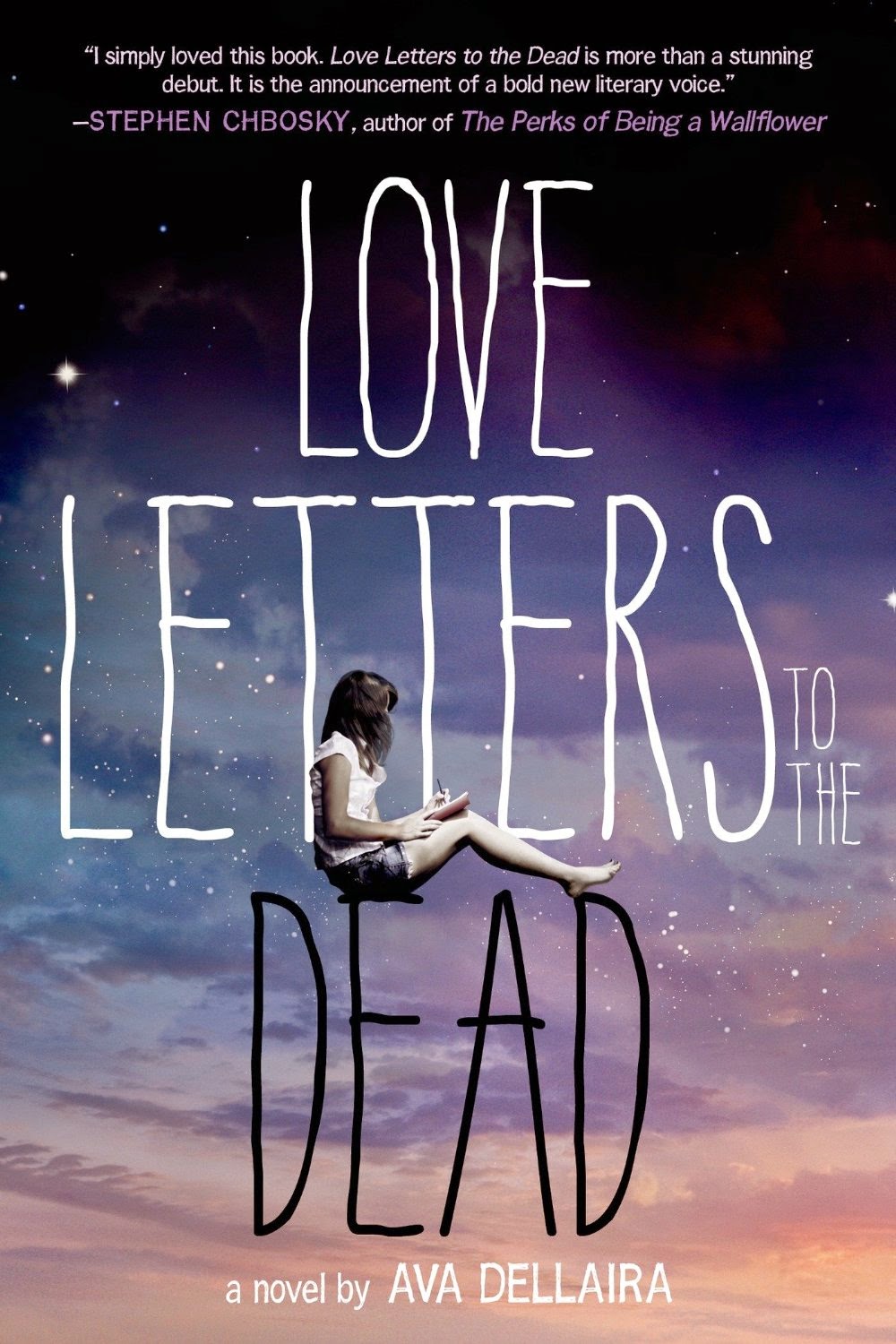 It begins as an assignment for English class: write a letter to a dead person.

Laurel chooses Kurt Cobain because her sister, May, loved him. And he died young, just like May. Soon, Laurel has a notebook full of letters to the dead - to people like Janis Joplin, Heath Ledger, Amelia Earhart, and Amy Winehouse - though she never gives a single one of them to her teacher. She writes about starting high school, navigating the choppy waters of new friendships, learning to live with her splintering family, falling in love for the first time, and, most important, trying to grieve for May. But how do you mourn for someone you haven't forgiven?

It's not until Laurel has written the truth about what happened to herself that she can finally accept what happened to May. And only when Laurel has begun to see her sister as the person she was - lovely and amazing and deeply flawed - can she truly start to discover her own path.

In a voice that's as lyrical and as true as a favourite song, Ava Dellaira writes about one girl's journey through life's challenges with a haunting and often heartbreaking beauty.

Review:
The plot and title grabbed me and convinced me to pick this up. I'm so glad I did; you would never know this was a debut book for this author, it's so beautiful (granted I'm not surprised, I find the most impressive books to be debuts).

Laurel is just starting her freshman year of high school after her older sister May died just a few months before. Trying to get away from the stigma of May's death, Laurel transfers to a school in her aunt's district, where she lives every other week when not with her dad. With her mother gone to a ranch in California, her father a shadow of who he once was, and her aunt a Bible-thumper, Laurel doesn't have a lot of people to confide in. She soon opens up to dead people through letters, originally an assignment in Mrs. Buster's English class. Laurel writes to Kurt Cobain, Judy Garland, Jim Morrison, River Phoenix, and others; admiring them for their life's work and lamenting their loss as if their greatness wasn't long meant for this world, just like May. Laurel idealizes her sister both in life and in death, hanging around May's friends, wearing May's clothes, liking everything May liked; if she idealizes May so much it'll keep her from hating her sister and the events that took place right before her death. Only when Laurel can tell the truth in her letters to the dead can she tell the truth to her friends and parents and finally begin to move past her sister's death.

This novel is just breath-taking in so many aspects, I read it in one day in various sittings because I could not put it down. The concept of letters to dead people is original, particularly the people Laurel writes to. I expected people like Amy Winehouse and Heath Ledger, but Janis Joplin, River Phoenix, Judy Garland, and Kurt Cobain not so much, I don't even think most of my high school students know who River Phoenix is. Laurel not only confides to them about her life, she also talks about the lives of the dead and how she can identify with them, for example, with Judy Garland trying to sing and be happy in the midst of family tragedy because her sister was the same way. Later on as she gets closer to the truth she actually admires some of them less, like Kurt for committing suicide.

Laurel is a very down to earth, realistic character. Though her actions don't make a lot of sense early on (the drinking, skipping class, etc.), everything comes together once the reader gets a full sense of the relationship between Laurel and May and all the events leading up to May's death...I wanted to hug Laurel by the end.

The writing is beautiful, there are so many quote-worthy lines in here, I almost regret reading this so fast since I didn't write any of them down. The lessons are noteworthy, you explore a girl going through immense loss and traumatic experiences and isn't quite sure how to process any of it; but through her writing, good friends, a caring boyfriend who metaphorically knocks some sense into her about coming to terms with her past, and her parents and teachers, she eventually comes out of her grieving fog and begins to move on.

Recommendation:
Gorgeous novel in so many aspects. It will hold your attention, keep you hooked, make you laugh, cry, and feel bittersweet by the end.

Thoughts on the cover:
I love the twilight-esque colour scheme (the sky/time of day, not the books) with Laurel perched on the title writing in her book.
Posted by Andrea at 2:26 PM