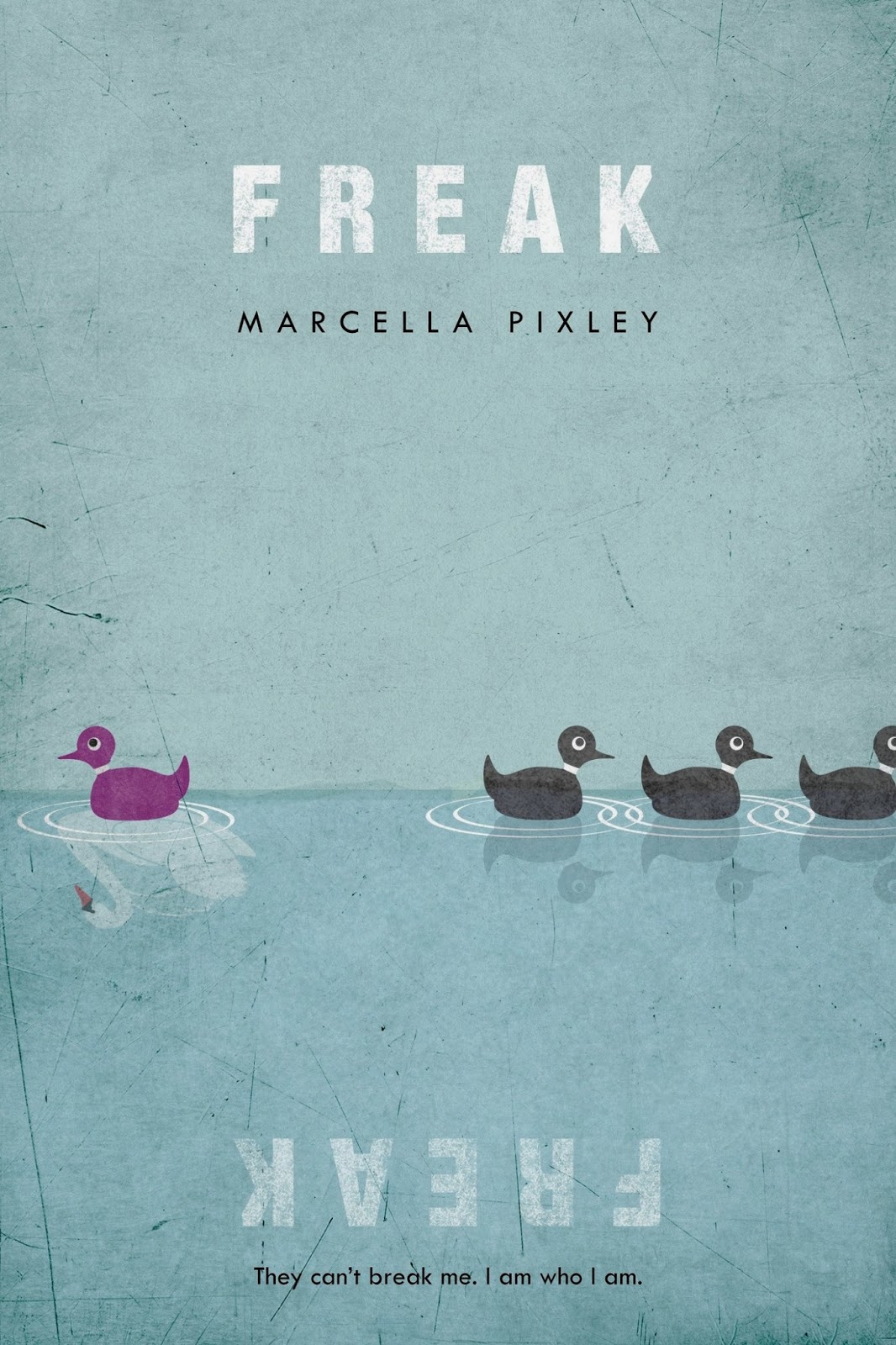 For Miriam Fisher, budding poet and proud outsider, seventh grade is a year etched in her memory "clear as pain." That's the year her older sister, Deborah, once her best friend and fellow "alien," bloomed like a beautiful flower and joined the high school in-crowd. That's the year high school senior Artie Rosenburg, the "hottest guy in the drama club" and, Miriam thinks, her soul mate, comes to live with Miriam's family. And that's the year the popular "watermelon girls" turn up the heat in their cruel harassment of Miriam, ripping her life wide open in shocking, unexpected ways.

Teased and taunted in school, isolated at home, Miriam is pushed toward breaking. With nowhere else to turn, she decides to take matters into her own hands and prove she's a force to be reckoned with. But what will be the cost? And who will she be when it's over?

Review:
This is a great short read on bullying that is perfect for the intermediate/middle school grades. The writing is bit more advanced than your usual middle grade book, so not an ideal choice for struggling readers, but overall an excellent choice due to the themes.

Miriam is twelve and proud to be different. She reads the dictionary for fun, quotes Shakespeare, and is an aspiring poet. Her 14-year-old sister Deborah, who used to be more like Miriam, is now firmly entrenched in the cool crowd and will do anything to separate from the shadow of her little sister's behaviour. The popular girls in Miriam's middle school frequently harass and degrade her. This behaviour only increases when the popular high school senior, Artie Rosenburg, comes to live with Miriam and Deborah's family. When the bullying takes on a particularly cruel spin, Miriam lashes out  in an uncharacteristic way and finds herself unable to confide in school officials or her parents. When a chance for revenge is presented to her, she is faced with the difficult decision to either take it or to help her tormentor.

I was pulled into the story right away; Miriam's voice was very compelling and I loved her quirkiness. The writing is excellent and well-crafted. There were a few things in terms of plot that seemed a little unrealistic though: that the high school senior was hanging out with the freshman sisters and were even bothering to discuss the twelve-year-old sisters, that Deborah would allow her friends to torment her sister without intervening at all, and that Miriam and Deborah's parents were really that clueless (about Deborah and Artie, not necessarily about the bullying).

Recommendation:
A must-read for sure. The book does a nice job of balancing the experiences of Miriam, the victim, with those of the main girl who torments her.

Thoughts on the cover:
I love it. It remind me of a motivational poster that we have in some of our classrooms with a school of fish swimming in one direction and one lone fish swimming the opposite way.
Posted by Andrea at 9:07 PM