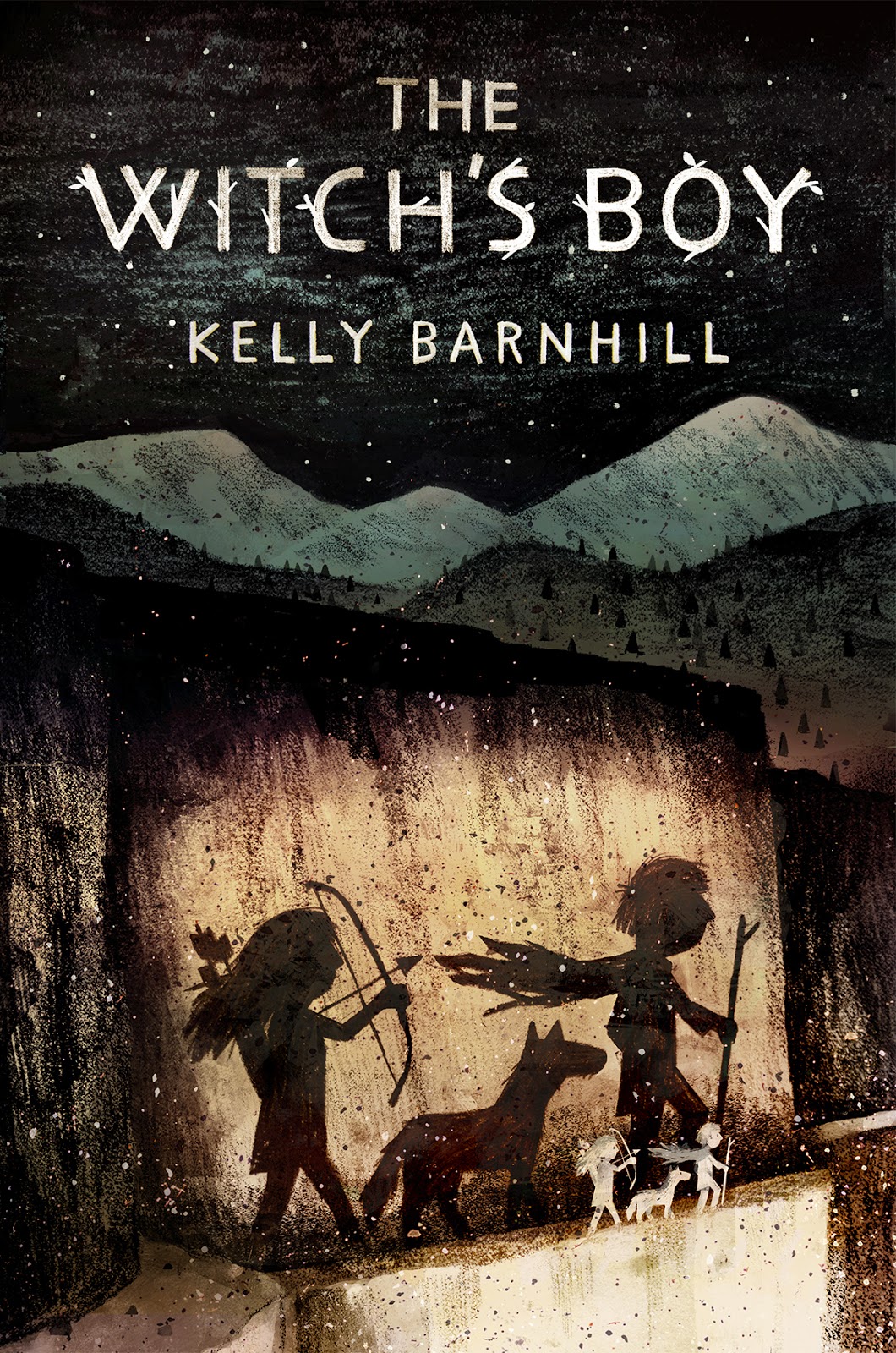 When Ned and his identical twin brother tumble from their raft into a raging river, only Ned survives. Villagers are convinced the wrong boy lived. But when a Bandit King comes to steal the magic Ned's mother, a witch, is meant to protect, it's Ned who safeguards the magic and summons the strength to protect his family and community.

Meanwhile, across the enchanted forest that borders Ned's village lives Aine, the resourceful and pragmatic daughter of the Bandit King, who is haunted by her mother's last words to her: "The wrong boy will save your life and you will save his." When Aine's and Ned's paths cross, can they trust each other long enough to stop the war that's about to boil over between their two kingdoms?

Review:
I knew I recognized the author's name when I saw this. I read Iron-Hearted Violet years ago and adored it, so picking up a new book of the author's was a no-brainer.

Ned's mother is referred to as Sister Witch, who cures the town's ailments and averts disasters by channeling magic through her and suffers the ill effects afterwards. Ned and his twin brother Tam fall into a river as small children, and though Tam dies, their mother manages to merge Tam's spirit into Ned's body so that in a way both boys manage to survive. This incident leaves Ned unable to speak properly, making him stutter. Aine's (pronounced like "Anya") father is the Bandit King, who lived a quiet life when he married his wife, but reverts back to his wild ways after her death. Aine becomes very practical when her father starts to abandon her in his quest to steal the magic that Ned's mother guards. When Sister Witch is away in the Queen's city and the Bandit King arrives, Ned makes a rash decision and invites the magic into himself to help keep it safe, and gets kidnapped in the process. Thus sets in motion the events that make for a very well-written, engaging story.

The author's writing style is incredible, it's written like an old-fashioned fairy tale that draws you in (I quite enjoy that style). Each character has their own unique and individual voice, so there's no confusion when the point of view switches from one character to another (she even managed to give magic stones a unique personality, that's talent). Plus, the author gets credit for creating incredibly likeable male and female protagonists, as well as giving Aine a unique Irish name.

Recommendation:
Incredibly well-written fantasy that will sure to please.

Thoughts on the cover:
I love that it's not your typical fantasy cover. I didn't quite realize what was going on until I looked at it twice though.
Posted by Andrea at 8:49 PM