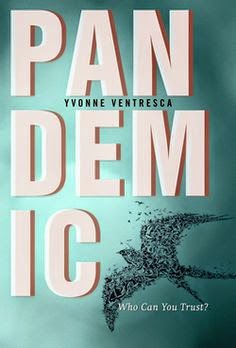 Even under the most normal circumstances, high school can be rather tough and painful. Unfortunately, Lilianna's circumstances are anything but normal. Only a few people know what caused her sudden change from model student to the withdrawn pessimist she has become, but her situation isn't about to get any better. When people begin coming down with a quick-spreading illness that doctors are unable to treat, Lil's worst fears are realized. With her parents called away on business before the contagious outbreak, Lil's town is hit by what soon becomes a widespread illness and fatal disaster. Now, she's more alone than she's been ever since the "incident" at her school months ago.

With friends and neighbours dying all around her, Lil does everything she can just to survive. But as the disease rages on, so does unexpected tension as Lil is torn between an old ex and a new romantic interest. Just when it all seems too much, the cause of her original trauma shows up at her door.

In this thrilling debut from author Yvonne Ventresca, Lil must find a way to survive not only the outbreak and its real-life consequences but also her own personal demons.

Review:
I read the synopsis and it appealed to the paranoid, anxious person in me, and I was not disappointed.

Sixteen-year-old Lilianna has extreme anxiety and PTSD after being molested by one of her teachers. Months afterwards she is still hoarding non-perishable food items until her room looks like a food bank, consumed with being prepared for the worst. It doesn't help that her father works with the book's equivalent of the Centre of Disease Control and has anti-vitals stockpiled in a safe in their basement. When her mom and dad go away for weekend business trips just as a deadly new flu outbreak hits the east coast, Lil's town is hit and almost instantly everything shuts down. Lil has to find a way to survive the flu as well as looters, and take care of herself and band of friends that are now orphans.

I liked how the author described Lil's anxiety and paranoia, I've had moments like that right down to the stocking of emergency supplies. The timeline of the illness in the novel seemed pretty well researched, and I appreciated the index in the back of the book for websites for emergency preparedness (as well as sexual assault helplines). The one thing that I wasn't nuts about was how characters were introduced and died of the flu shortly after, so I wasn't really affected by their deaths like I feel I should be. And I think Lil and company got off easy since the book takes place in April, I figured a book on a killer strain of bird flu should take place in the dead of winter with a snowstorm (I like my characters to be challenged).

Recommendation:
A heart-pounding book about one of my worst nightmares, and the reason why I am yet again researching 3-day emergency kits and not a bit angry about it.

Thoughts on the cover:
I like the blue colour scheme and the image in the corner of the multitude of birds forming one giant bird.
Posted by Andrea at 8:39 PM