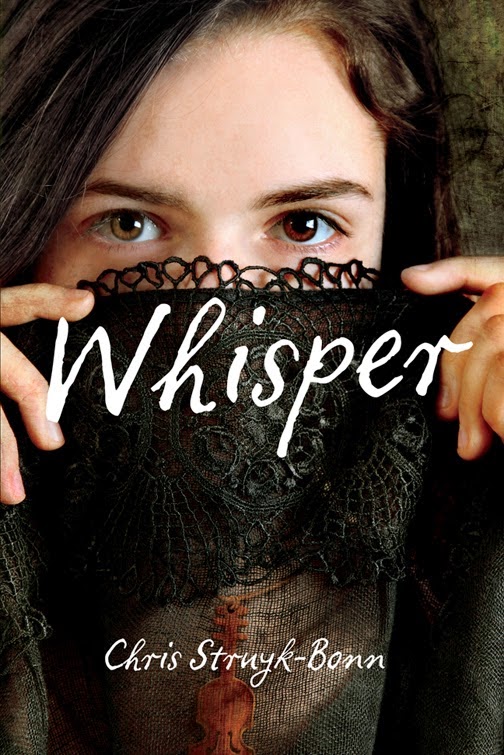 In the not-too-distant future, in a society that kills or abandons anyone with a disability, Whisper has found a loving family far from the world's cruel gaze. When she is ripped from her forest home and forced to become her brutal father's house slave, her only solace is her music. Whisper has all but given up hope of ever feeling safe or loved. Then she is sent to the city, to Purgatory Palace, where other "rejects" gather. Could it be that home and love are closer than she thought?

Review:
This one had an interesting premise, so I picked it up. Although the story is not a typical dystopian that involves a group of revolutionaries overthrowing a corrupt government that oppresses the people, the story does involve a girl that manages to maintain her human dignity at the mercy of a society that considers her barely above dirt.

In a futuristic society that is seemingly on the outskirts of a first-world nation (distinguished university nearby, radio reports about the Dow Jones), increasing numbers of people are born with disabilities and deformities. Boys are kept more often because they are valued, while "reject" girls are either killed outright or abandoned. Whisper, born with a cleft palate, was lucky; she was raised by elderly Nathanael in a camp intended for children like her. After her mother stops her annual visit and later dies, Whisper is reclaimed by the same father who tried to murder her just after her birth. When her presence at her family's home proves more a nuisance than help, she is directed to beg on the streets by playing her violin. She is then discovered by a university music professor who recognizes her gift, giving her a place at the university to study. But will Whisper be accepted there?

There were several questions that weren't fully answered but more hinted at. Why are there more children born with disabilities and deformities? Why don't the families pursue surgery to correct their children's issues? Why was Whisper still ostracized amongst the educated populace of the university? There wasn't a lot of background information given here that would help answer those questions, so I would've appreciated more of that. The story is marketed as dystopian but it really could take place in  modern times or the recent past, I'm sure there are stories of girls like Whisper that come out of third world countries that wouldn't surprise me.

The story itself, despite the lack of background information and more typical dystopian elements, is amazing. Whisper's experiences show how children born with deformities in this world are viewed and treated, and even has an example of a young man with a developmental disability (cognitive delays) whose family manages to keep him home while not invoking the wrath of the village because his issues aren't immediately visible. Whisper is subjected to subhuman treatment, at one point forced to sleep in a doghouse, and barely escapes sexual slavery; and yet the educated populace living in the same city have no idea this is going on. The story comes as a punch to the gut purely because you know circumstances like these happen everyday, that people unfortunate enough to be born in a different country with a disability, into families without money to pay for surgery to correct it, are treated horribly. Whisper gives these experiences a very human story: readers feel her shame over being treated like a dog, her stress in trying to please her father to keep herself alive, her determination to make people see her real self without her veil.

Recommendation:
A very realistic and heart-breaking story about what happens when we view a specific part of our populace as subhuman.

Thoughts on the cover:
I like how they used a veil on the cover model just like Whisper herself uses, and including the little carved violin around her neck was a great touch.
Posted by Andrea at 9:13 PM