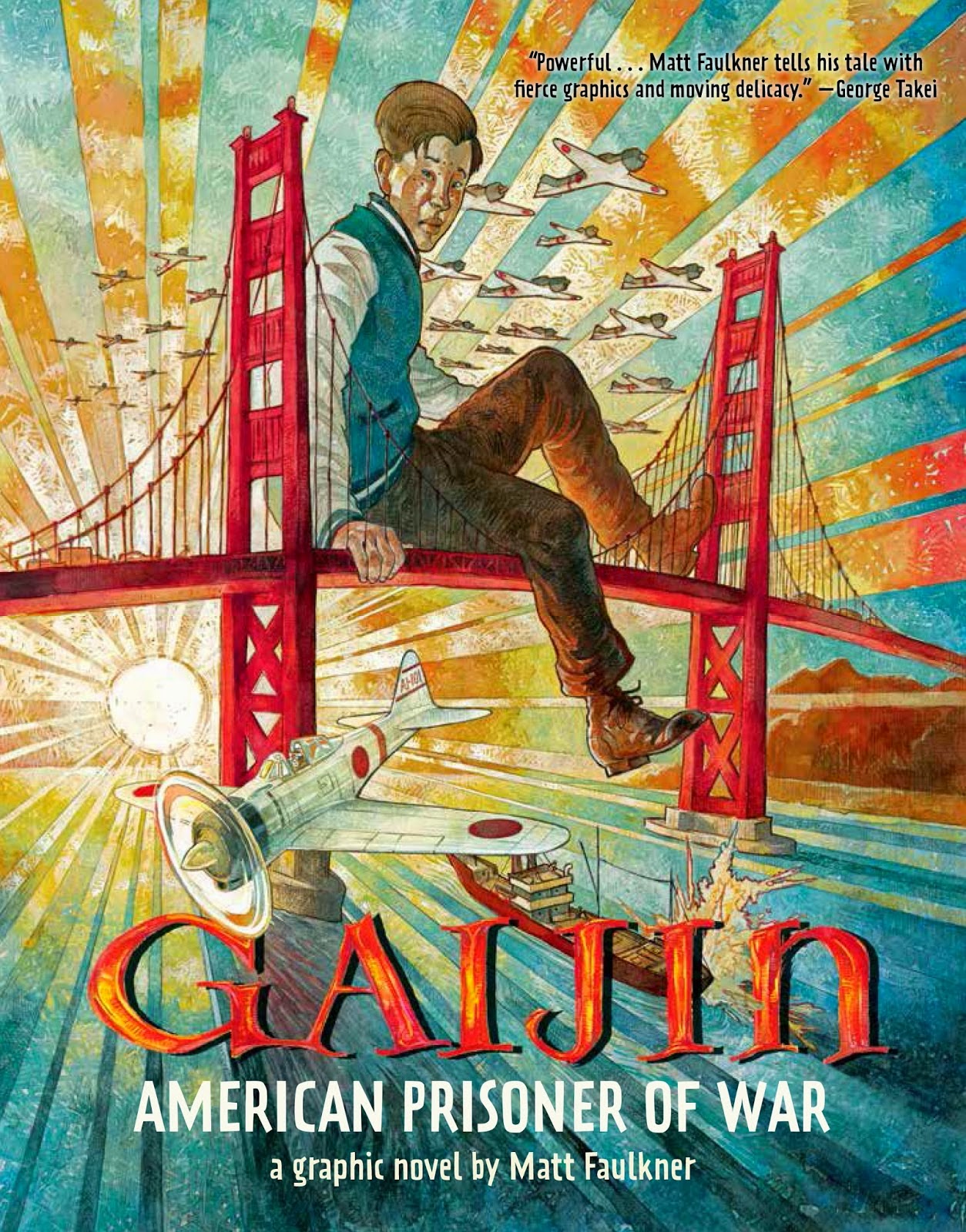 With a white mother and a Japanese father, Koji Miyamoto quickly learns that his home is no longer a welcoming one. Streetcars won't stop for Koji, and his classmates accuse him of being an enemy spy. When a letter arrives from the government notifying him that he must go to a relocation centre for Japanese Americans, he and his mother are forced to leave everything they know behind. Once there, Koji soon discovers that being half white in the internment camp is just as difficult as being half Japanese in San Francisco.

Koji's story, based on true events, is brought to life by Matt Faulkner's cinematic illustrations, which reveal Koji struggling to find his place in a tumultuous world - one where he is a prisoner of war in his own country.

Review:
I love war narratives, and graphic novels are sometimes the best format for them because I feel some stories need to be visual to make an impact. This story is a unique one, it's about the internment of Japanese Americans in WWII, and while that idea itself has been done before, I don't think I've ever seen a graphic novel of it, let alone one from the point of view of a biracial Japanese American. Koji's situation is familiar: not fully accepted in San Francisco because his father is Japanese and has been away visiting Japan for the past year and that looks suspicious to the government, and not being accepted by the Japanese community either due to the fact that he's mixed.

Japan has complicated ideas about biracial children, any foreigner or part of a foreigner is labeled "gaijin" (literally "outside person"), and ostracized due to the combination of the Japanese group mentality and xenophobia. Such ideas about biracial individuals are thankfully less of an issue in this country, and are slowly being eradicated in Japan (though some people with biracial children report poor treatment while living in Japan).

Stories like this are important for kids to read, mainly because they explore cruel acts committed against innocent citizens by their own government (Canada interned it's Japanese Canadian citizens too, it's not something we're proud of. There's also the old saying that I very much believe in: those who do not learn from history are doomed to repeat it. There were many atrocities that occurred in various countries in the WWII era, and learning about how those situations even grew to the point they did and how to combat those attitudes will ensure that future generations will not face the same conflicts again. There are comparisons you could make to the current conflicts in the Middle East to modernize the content for kids that claim that that kind of stuff couldn't possibly happen these days (and oh we've proven those kids wrong before).

Recommendation:
Eclectic artwork reminiscent of old-style comics that tells an important story. It adds credibility that the events in the book are based on the life of the author's great-aunt.

Thoughts on the cover:
I love the colour palette, and that the cover resembles one of Koji's dream sequences, complete with his dad flying the little plane.
Posted by Andrea at 8:19 PM