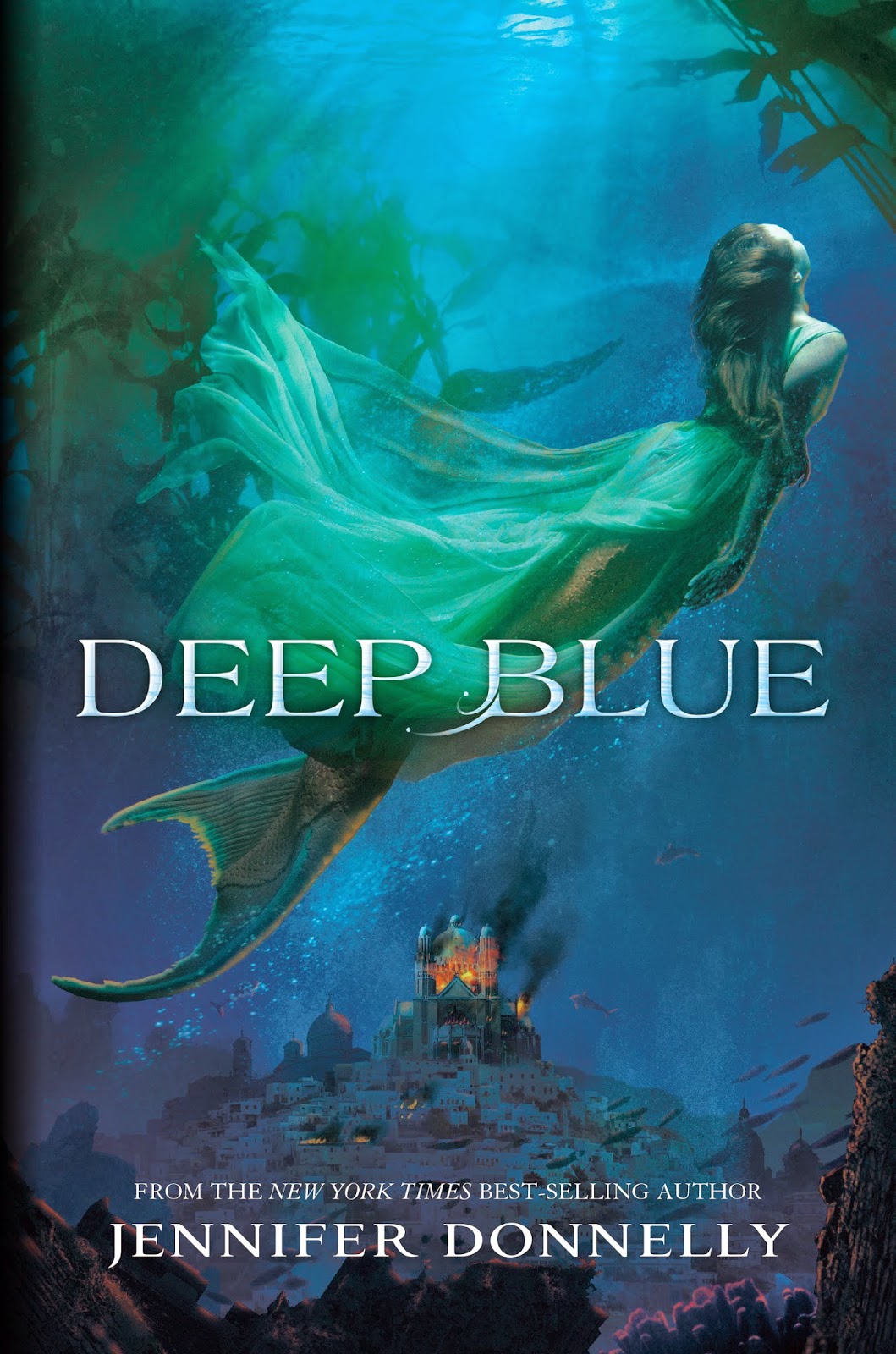 Serafina, daughter of Isabella, Queen of Miromara, has been raised with the expectation - and burden - that she will someday become ruler of the oldest civilization of the merfolk. On the eve of the Dokimi ceremony, which will determine if she is worthy of the crown, Sera is haunted by a strange dream that foretells the return of an ancient evil. But her nightmare is forgotten the next day as she diligently practices her songspell; eagerly anticipates a reunion with her best friend, Neela; and anxiously worries about Mahdi, the crown prince of Matali, and whether his feelings toward her and their future betrothal have changed. Most of all, she worries about not living up to her mother's hopes.

The Dokimi proceeds, a dazzling display of majesty and might, until a shocking turn of events interrupts it: an assassin's arrow wounds Isabella. The realm falls into chaos, and Serafina's darkest premonitions are confirmed. Now she and Neela must embark on a quest to find the assassin's master and prevent a war between the mer nations. Their search will lead them to other mermaid heroines scattered across the six seas. Together they will form an unbreakable bond of sisterhood as the uncover a conspiracy that threatens their world's very existence.

Review:
I won't lie, I saw mermaids and I thought, "this baby's mine!" I also read Revolution by this author years ago and loved it to pieces, so I knew I'd snap up whatever she wrote in the future.

Serafina is the princess of Miromara, the mer kingdom located in the Mediterranean sea (their castle is in Cerulea specifically, off the coast of Venice, Italy). Now that's she's sixteen and come of age, she will not only be betrothed, but will go through the formal ceremony where she is deemed worthy of her bloodline and displays her magic. Sera has major issues with Queen Isabella; she wants her to act more like her mother rather than the queen, and has doubts that she will ever measure up to her mother's reputation. After the attack on the Dokimi and Cerulea itself, everyone flees the city. Serafina swims off with Neela to try to find a safe zone to escape the attackers, separated from everyone else. Along the way they realize they've both been having the same prophetic dreams about the Iele, (mer witches) that are normally told as stories to keep children in line.  The prophecy outlines that there will be 6 mermaids with different talents and skills that need to be united to find the talismans from each of the 6 historical rulers in order to save everyone (typical prophecy stuff). So off they go to find the rest of the group and the journey motif begins...

First off, the merfolk world created here is immense and extremely detailed. Thankfully there's a glossary in the back 'cause you'll need it. The beginning is one big info dump, but it works in quite well and doesn't feel like an info dump. It'll take a while to wrap your head around all the new terminology, and the water/ocean puns do grate a little after a while, but it's all very well put together and extremely creative. It's closer to our culture than I expected though, the slang is similar (just with water/ocean puns), and the way the characters talk to each other is like stepping foot into a high school.

Second, the whole book (and I'm assuming the series in general) is full of strong female characters that make nice, healthy friendships with one another (no frenemies, yay!). Isabella, though not the most ideal mom from what we see of her in the beginning, is an amazing example of a good leader who doesn't back down in the face of danger but isn't impulsive to the point of stupidity either. Serafina, though unsure of herself due to her mom-complex, is a girl that knows what's right and what she should do (even though she's scared silly to actually do it), and has the makings of a great queen. Neela is a great friend to Sera, and her ability to gush over candy and call out the boys on their crappy behaviour is awesome. The mer society is also matriarchal rather than patriarchal, everything is inherited through the mother, and through their rules of succession only a princess can rule the kingdom.

Third, yay diversity! There are characters of European, Indian, Chinese, and middle-eastern backgrounds.

Fourth, the romance was light and not a huge feature in the book. It's established that Sera likes Mahdi and that he liked her once upon a time, but his current playboy behaviour has put a damper on things.

First, there's not enough character development. Aside from Serafina we don't really get any insight into any other character. The girls are strong and the whole merworld has feminist leanings, but the people in it aren't developed enough to really be believable, they're more tropes right now.

Second, I don't know if it's just me, but the book made me feel like the author wrote this for Disney purely as a launch to a new movie or mini-series or something. The story and the plot kind of fell flat a bit after the Dokimi, and the dialogue between characters makes this feel sillier than I assumed it would be. I expected a more mature and darker story and I'm just not feeling it at this point, hopefully the subsequent books will fulfill this for me.

Thoughts on the cover:
Gorgeous, this whole book is pure eye candy. The cover, the maps on the inside covers, the blue font and header at the top of each chapter, I love it all.
Posted by Andrea at 3:21 PM