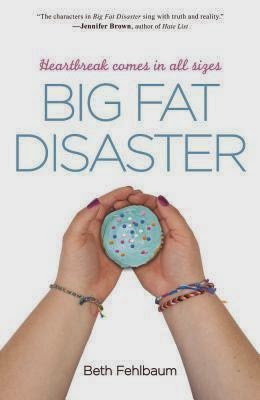 Insecure, shy, and way overweight, Colby hates the limelight as much as her pageant-pretty mom and sisters love it. It's her life: Dad's a superstar, running for office on a family values platform. Then suddenly, he ditches his marriage for a younger woman and gets caught stealing money from the campaign. Everyone hates Colby for finding out and blowing the whistle on him. From a mansion, they end up in a poor relative's trailer, where her mom's contempt swells right along with Colby's super sized jeans. Then, a cruel video of Colby half-dressed, made by her cousin Ryan, finds its way onto the Internet. Colby plans her own death. A tragic family accident intervenes, and Colby's role in it seems to paint her as a hero, but she's only a fraud. Finally, threatened with exposure, Colby must face facts about her selfish mother and her own shame. Harrowing and hopeful, proof that the truth saves us can come with a fierce and terrible price, is that rare thing, a story that is authentically new.

Review:
I'll admit, I picked this up because I had weight issues as a kid and have been waiting for a decent book featuring an overweight protagonist that doesn't simply focus on their weight. Although weight is a big part of Colby's story, it delves into so much more.

While Colby's dad is under investigation by the FBI for misappropriating campaign funds, she discovers a photo of her father and his mistress in his office. When she confronts him about it in front of her mother, her life begins to unravel. Her dad leaves, their house is seized and they are evicted, forced to move in with family in the middle of nowhere, taunted and bullied at the new school, and when she finds out her cousin videotaped her while she was getting dressed and that the video got on the internet, and that her mother blames her for it, Colby just wants it all to end.

A lot of people have criticized the book, saying the characters and situations are unrealistic: Colby's mom is too mean and callous, none of her classmates stand up for her, etc. Having read the book in one sitting because it was so engaging and incredibly realistic, I can guarantee you that for a girl with weight issues, these scenarios are definitely in the realm of possibility. That's why it's important that books like this exist, because there are kids out there with the unsupportive family too deep in their own psychological issues that they spout off damaging crap to their own kid, with peers at school that will look at their body and laugh. Even if they don't have weight issues, there are kids that have witnessed events like Ryan did (football players raping a girl while drunk) and do the right thing in response but are confronted by the larger public that tries to beat them into submission because they dared to put things out in the open and that makes people uncomfortable.

The only thing that bugged me a little was Colby's treatment at the end, I didn't think that was realistic. After multiple suicide attempts, she should've been in a recovery facility, and having a turn-around after only two or three sessions just won't happen, but I do appreciate that the author showed Colby improving after therapy, and that the doctor called everyone else out on their really disgusting treatment of Colby, but also makes her accountable for her choices.

With that being said, there are tons of trigger-worthy issues in this book: rape, bullying, suicide, domestic violence, verbal abuse, toxic family/individuals, you name it. This isn't the kind of book you should read if you're in a bad place, it takes a lot to push me over the edge and I was bawling like a baby while reading it. But if you're in a good place, there's a lot to learn from this book.

Recommendation:
A really touching book that's incredibly hard to read, but if you can tough it out there's a great message here.

Thoughts on the cover:
I like how you can tell the cover model is heavier but her body isn't shown. The cupcake is a nice touch considering Colby's love-hate relationship with cakes at her aunt's bakery.
Posted by Andrea at 1:18 PM