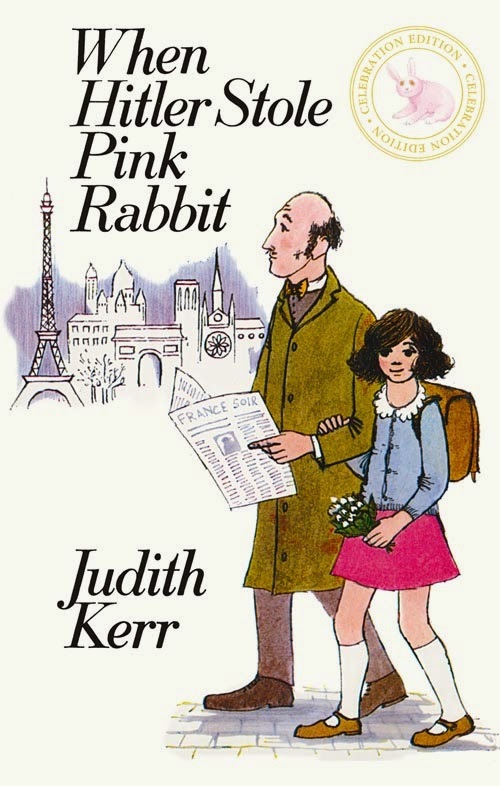 Suppose your country began to change. Suppose that without your noticing, it became dangerous for some people to live in it any longer. Suppose you found, to your surprise, that your own father was one of these people.

This is what happened to Anna, in Germany in 1933.

She was nine years old and too busy to take notice of political posters, but out of them glared the face of Adolf Hitler, the man who would soon change the whole of Europe - starting with her own small life.

Anna suddenly found things moving too quickly for her to understand. One day her father was unaccountably missing. Then she and her brother Max were whisked away by their mother, in alarming secrecy - away from everything they knew, right out of Germany.

The family was reunited in a foreign land, to start the adventure of being refugees that was to go on for years through country after country. For Anna and Max it meant learning all the way, and against all expectations Anna found she could actually enjoy herself. So long as the family stayed together, that was all that mattered. Together, nothing else mattered. But if anything should crack them apart...

This special edition of When Hitler Stole Pink Rabbit has been published to celebrate the 90th birthday of Judith Kerr.

Review:
This is an unique middle grade Holocaust book in that it takes place in the years before WWII and doesn't actually deal with concentration camps and ghettos like most other accounts entail. Anna is nine in 1933 and her family are non-religious Jews. Her father is a writer and quite well known in Berlin, which automatically makes him a target. In the days before Hitler is elected into power in 1933, her father seeks out accommodations for the family in Switzerland and they immediately relocate. Not being able to take everything, many of the family's possessions are claimed by the Nazis  after they leave. After a year in Switzerland, their father secures a job writing for a newspaper in Paris, so the family moves yet again. Throughout all this, the book goes through the family's trials and tribulations of living as refugees facing discrimination, lack of funds due to joblessness and the Depression, and difficulties adjusting to their new lives.

I like this book because it's an introduction to the atrocities of that era without all the more difficult conversations about ghettos, concentration camps, gas chambers, etc. There can be conversations about discrimination and the effects of that on the Jewish people during this time (losing jobs, feeling the need to leave the country, being singled out as an intellectual known for speaking out against the ruling government. The tone is very light-hearted despite the issues Anna's family goes through, and there's no immense trauma like the family being separated, so I'd recommend this for readers under 10, or those who are older but might be more sensitive and can't yet handle Holocaust stories that include the more disturbing content.

Recommendation:
A pre-Holocaust story more appropriate for younger readers due to the lighter tone.

Thoughts on the cover:
I like how they included the author's illustrations, especially since they're in that old-school style.
Posted by Andrea at 9:17 PM