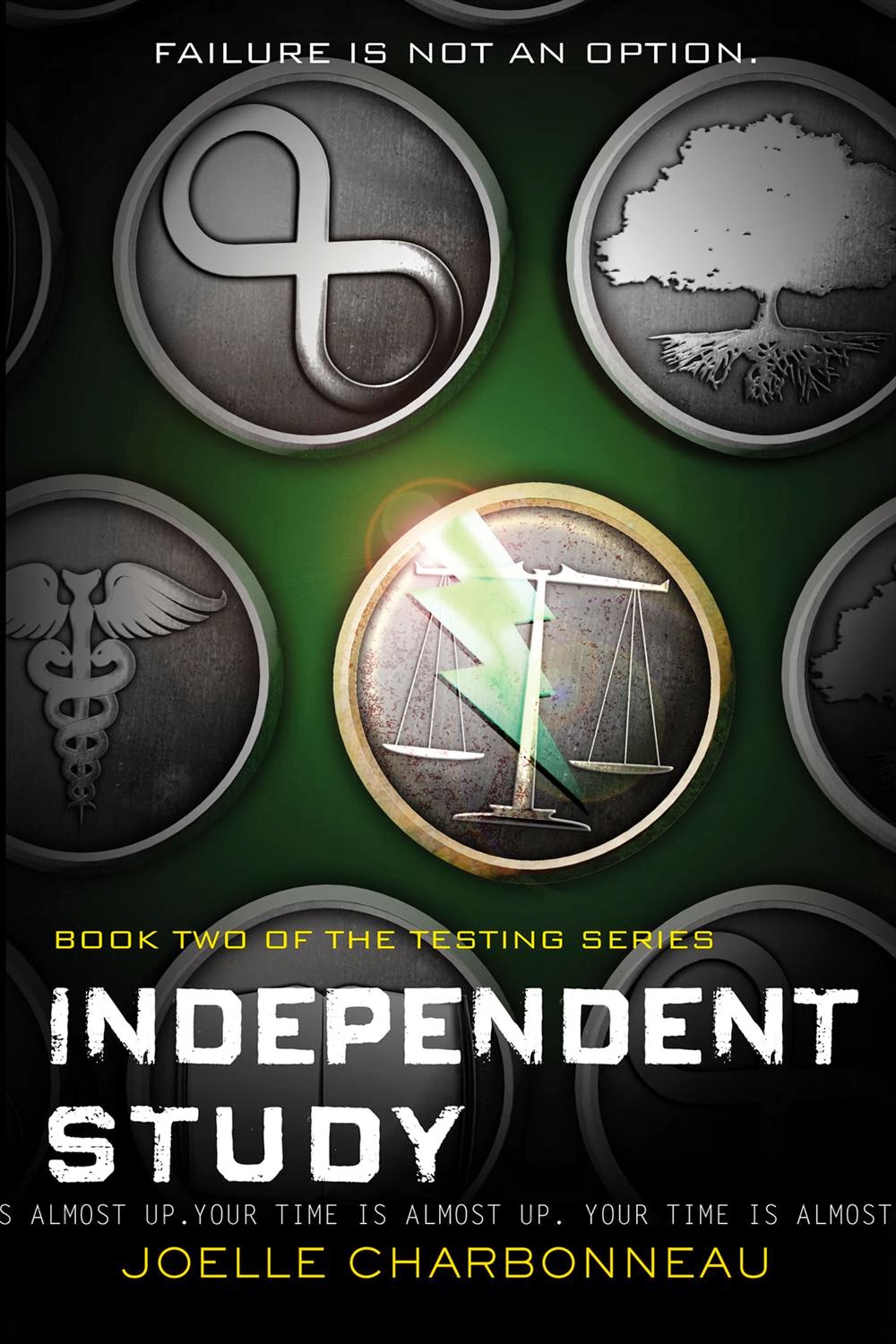 With her brutal Testing experience forgotten thanks to a government-issued memory wipe, seventeen-year-old Cia Vale is eager to begin her studies at the Commonwealth's elite University, as is Tomas, the boy she loves.

Their bright futures are threatened by the past, however, when violent nightmares that feel more like memories force Cia to question reality and the true memories lurking behind the friendly faces of their classmates.

Embarking on a forbidden course of study that could get her killed, Cia delves into the Commonwealth's darkest secrets. What she learns changes everything...

The Testing was just the beginning.

Review:
After reading the first book, The Testing, a few months ago and loved it, I knew picking up the sequel was a no-brainer. Luckily for me this whole series is releasing fairly quickly so I haven't had to wait that long.

Independent Study picks up several months after The Testing left off. Cia is about 6 months into her entry level studies and the time has come to take the exam that determines if the students that passed the Testing get to stay at the university and what field they will be sorted into. Once in their new departments, the students undergo their Induction, a kind of hazing gone wild where the upper level students put the first-years in life-threatening situations to see who is worthy of actually staying in the program and who will be considered first for the competitive internships that are necessary for graduation. In the midst of all this, Cia begins to have flashbacks of her Testing experience and starts to suspect that things aren't as clean-cut as she wants them to be. This is when she is introduced to the idea of the rebel groups and starts to work with them to eliminate the Testing for good.

Independent Study felt fairly similar to the first book in terms of pacing and action, though it didn't have as much intrigue in my opinion. The action builds and builds and you're expecting this big reveal of something to make your jaw drop and it just didn't happen, so that was a little disappointing but that was by far my only complaint.

Recommendation:
If you enjoyed the first book, you won't be disappointed by the second. Thankfully the third book is supposed to be released in June so you won't wait long for the conclusion.

Thoughts on the cover:
I like the continuity from the first cover, and particularly the awesome shade of green used.
Posted by Andrea at 8:14 PM