The Smartest Kids in the World - Amanda Ripley 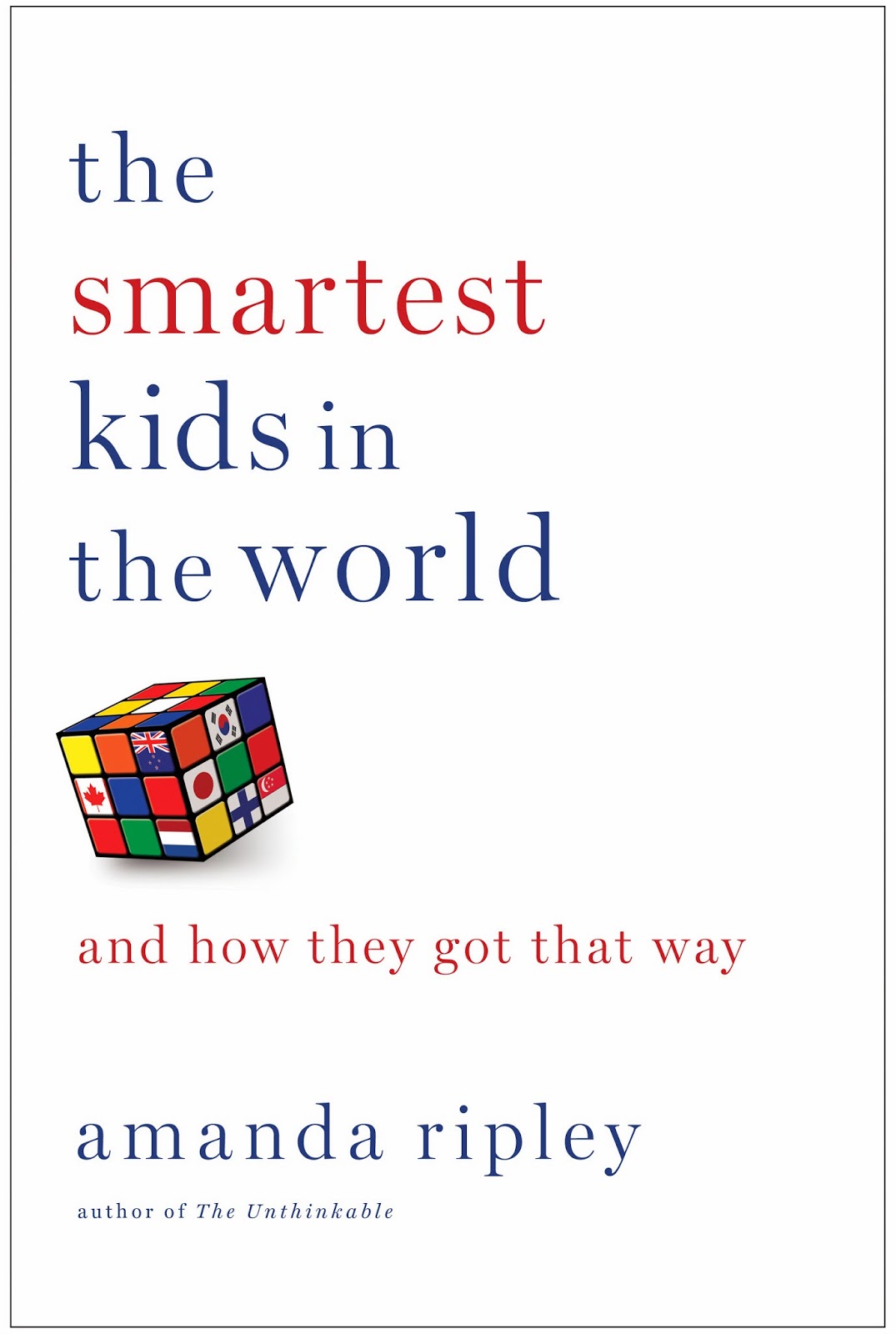 How do other countries create "smarter" kids?

In a handful of nations, virtually all children are learning to make complex arguments and solve problems they've never seen before. They are learning to think, in other words, and to thrive in the modern economy.

What is it like to be a child in the world's new education superpowers?

In a global quest to find answers for our own children, author and Time magazine journalist Amanda Ripley follows three Americans embedded in these countries for one year. Kim, fifteen, raises $10,000 so she can move from Oklahoma to Finland; Eric, eighteen, exchanges a high-achieving Minnesota suburb for a booming city in South Korea; and Tom, seventeen, leaves a historic Pennsylvania village for Poland.

Through these young informants, Ripley meets battle-scarred reformers, sleep-deprived zombie students, and a teacher who earns $4 million a year. Their stories, along with groundbreaking research into learning in other cultures, reveal a pattern of startling transformation: none of these countries had many "smart" kids a few decades ago. Things had changed. Teaching had become more rigorous; parents had focused on things that mattered; and children had bought into the promise of education.

A journalistic tour-de-force, The Smartest Kids in the World is a book about building resilience in a new world-as told by the young Americans who have the most at stake.

Review:
The reason why I picked this one up is pretty obvious. As a teacher I have my own theories on how to improve education, and am very curious on others' views too, especially those not in the education field. I usually find the opinions of those not directly involved in education are more amusing than helpful, purely because those people have no idea how the system is run and what is reasonable and what isn't. However, for a journalist, the author hits on a couple of key points throughout her book.

The author follows three teenagers as they spend a year as exchange students in three of the modern education superpowers: Kim to Finland, Eric to South Korea, and Tom to Poland. In addition to the three main kids, she also surveyed hundreds of exchange students (both Americans going overseas and overseas kids going to America) about their experiences and includes it in the book. When you add in all the education studies and research the author throws in as well, it's a pretty loaded book.

Obviously the state of education in Canada is different from the American statistics given by the author. We rank fairly well (usually in the top ten) in reading, math, and science, as well as the PISA scores mentioned in the book; we hammer critical thinking concepts into our kids' heads from the time they're in the primary grades. Similar criticisms between us and the States are that our class sizes could be smaller, we're facing cuts to special education services, and we have a big sports culture.

There are a couple of points where I absolutely agree with the author. I think our culture is at times anti-intellectual and teachers don't get the respect they should. Some teachers are remarkably well trained, but even up here there's a hierarchy amongst those educated in Canadian teacher's colleges where standards are higher and those trained in American schools where standards aren't as high. There are families out there that make it obvious that they value sports over the academic aspect of school, I regularly see kids taking off 1-2 days a week regularly due to tournaments, which irks me to no end. I think kids could stand to be more rigorous and self-disciplined...too many of them are just plain lazy and don't do near the amount of work required to achieve a certain grade, to the point where grades are actually devalued.

There are a couple things that I didn't see in the book that I would've liked to see....like the state of special education and to what extent spec ed kids were assessed via PISA. I know with our spec ed cuts a lot of kids are losing out on educational assistants that they require for that one-on-one help that regular teachers just can't provide in a class of 30 kids. I know in Asian countries (like South Korea that's mentioned a lot in the book) spec ed kids aren't usually integrated in regular schools like we do here, which could explain why scores are amazingly high in those countries. I would have liked to see a more varied list of countries where exchange students went to. Poland, Finland, and South Korea are as different as they come, but I'd still like to see more than just three countries as the main anecdotes.

Recommendations:
If you're in the education field or are just really interested in it, give this a read.

Thoughts on the cover:
I like the flags integrated into a rubix cube.
Posted by Andrea at 10:37 PM