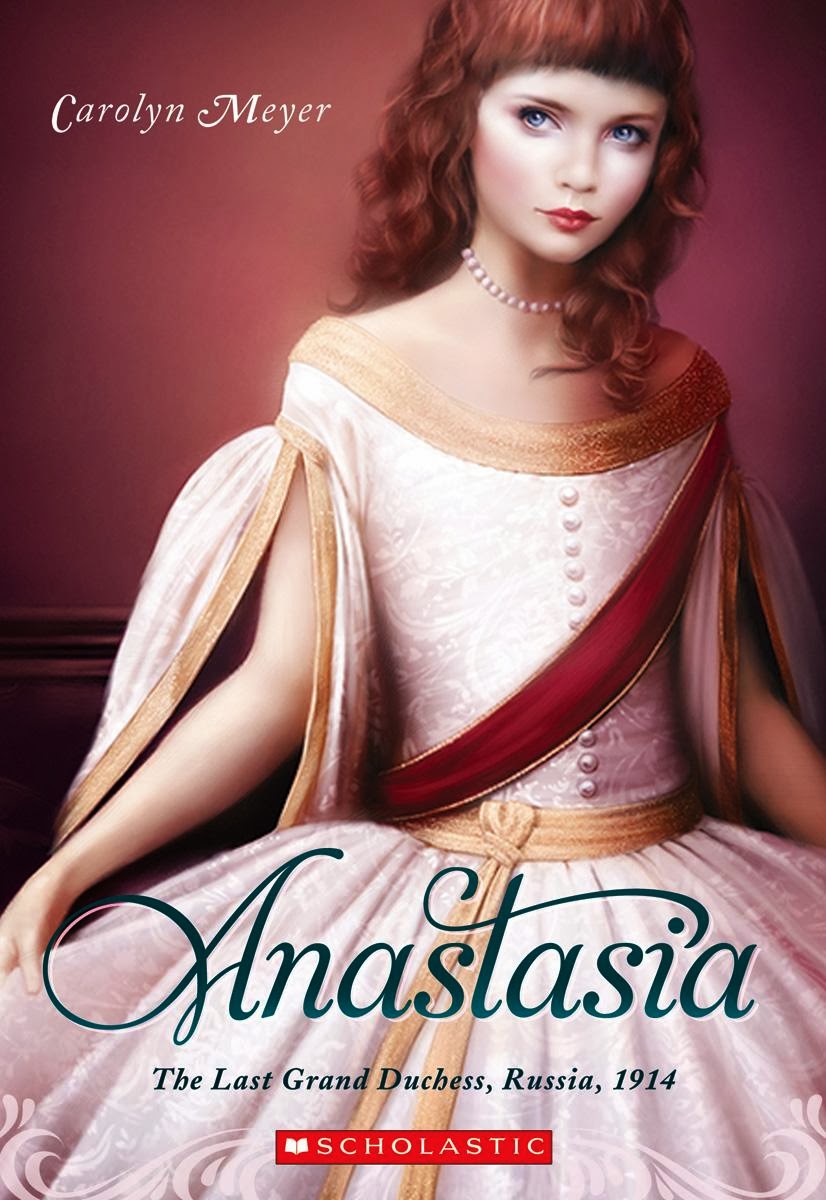 "The palace doors are locked. We are prisoners."

Thirteen-year-old Anastasia is the youngest daughter of Tsar Nicholas II, ruler of Russia. Anastasia is used to to a life of luxury; her major concerns are how to get out of her detested schoolwork to play in the snow, go ice-skating, or have picnics. She wears diamonds and rubies, and every morning her mother tells her which matching outfit she and her three sisters shall wear that day. It's a fairy-tale life - until everything changes with the outbreak of war between Russia and Germany. As Russia enters WWI, hunger and poverty grow among the peasants, and soon they are not pleased with their ruler. While the tsar is trying to win a war and save the country, the citizens are turning on the royal family. When her father and the rest of her family are imprisoned by the Bolsheviks, suddenly Anastasia understands what this war is costing the people. In the pages of her diary, Anastasia chronicles the wealth and luxury of her royal days, as well as the fall from power and her uncertain fate.

Review:
This is actually a reissue of one of the books from Scholastic's Royal Diaries series from circa 2000. I remember seeing them years ago and never picked them up, but was interested in the concept. This instalment in particular is another one of the books I've picked up to save for my daughter, named for the famous Anastasia, so she can learn about her namesake when she's older.

The book is written in diary style narrated by Anastasia beginning at the start of 1914 when she is not quite thirteen, to the middle of 1918 just before her 17th birthday. The first few months of the diary chronicle normal everyday life for the royal family, then in the summer of 1914 when WWI breaks out things change and the family needs to sacrifice for the war effort (though obviously their lives are still luxurious compared to the rest of Russia's citizens). Then the tone changes drastically in March 1917 when revolutionaries take over Petrograd/St. Petersburg, force the tsar to abdicate, and imprison the royal family. The diary ends in May 1918 just as Anastasia and the rest of her siblings join her parents and sister Marie in Ekaterinburg in Siberia, their last place of imprisonment before their death in July 1918.

One of the things that stands out in this book compared to other books on Anastasia (and narrated by her) is that this author truly nailed Anastasia's voice in my opinion. Anastasia was very silly and mischievous, and though raised as a royal, that part of her personality shines through in all historical accounts. Right from the beginning, the author writes Anastasia's voice as bit defiant, humorous, and almost like a lady-like version of the class clown.

Secondly, the author certainly did her homework. The novel is incredibly well-researched, everything checks out from my own research and what I know to be true; plus at the end of the book there are photos, family trees, glossaries, historical notes, plus notes on the Russian calendar at the time vs. the modern calendar (which helps explain why the diary is authentically written with two sets of dates).

Recommendation:
A great piece of historical fiction written in a format that's appealing to middle grade readers. Very authentic in terms of Anastasia's voice while narrating as well as the historical content in general. 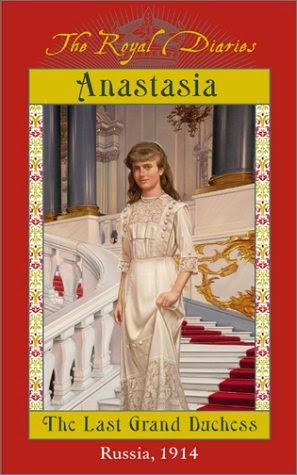 This was the original cover for the edition when it first came out in 2000, so the one pictured at the start of the review is a revised cover. Between the two, I greatly prefer the new one; though the girl drawn there does look a little too much like a doll for my liking, but it definitely does have a more mature and sophisticated look for the novel. The image in the old cover is based directly off several  historical photographs I've seen, but I have to credit the artist of the new cover for getting certain parts just right. Though Anastasia's hair was more blond than red, they did get the wave in the hair right, as well as the bangs. The dress looks very much like period clothing, plus the pearls are a nice touch. Complete with the dark background the whole thing just comes together nicely.
Posted by Andrea at 9:23 PM