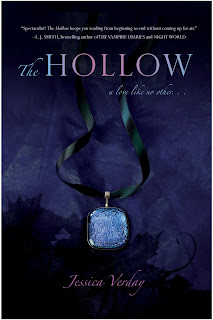 Summary:
From the back of the book:
When Abbey's best friend, Kristen, vanishes at the bridge near Sleepy Hollow Cemetery, everyone else is all too quick to accept that Kristen is dead…and rumors fly that her death was no accident. Abbey goes through the motions of mourning her best friend, but privately, she refuses to believe that Kristen is really gone. Then she meets Caspian, the gorgeous and mysterious boy who shows up out of nowhere at Kristen's funeral, and keeps reappearing in Abbey's life. Caspian clearly has secrets of his own, but he's the only person who makes Abbey feel normal again...but also special.

Just when Abbey starts to feel that she might survive all this, she learns a secret that makes her question everything she thought she knew about her best friend. How could Kristen have kept silent about so much? And could this secret have led to her death? As Abbey struggles to understand Kristen's betrayal, she uncovers a frightening truth that nearly unravels her—one that will challenge her emerging love for Caspian, as well as her own sanity.

Review:
Picked this up at the Simon & Schuster preview night weeks ago and finally got around to reading it. What hooked me was when someone mentioned that it deals with the Legend of Sleepy Hollow (it's one of my favourite spooky stories).

Abigail Browning ("Abbey") is 16, living in modern day Sleepy Hollow, NY; and dealing with the recent death of her best friend, Kristen. Not only does Abbey have to deal with rumours about Kristen's mysterious disappearance and death, she has to face her junior year without Kristen. Doing her best to move on with her life, Abbey revels in her perfume making, producing a fragrance for Kristen and continuing with her plans to open her own store in town after graduation. Caspian comes along after appearing at Kristen's funeral and helps Abbey deal with her loss. Abbey eventually uncovers a secret of Kristen's that leads her to question the circumstances of her friend's death, but before she can get any answers her relationship with Caspian begins to change and Abbey finds herself questioning whether or not she's coping as well with Kristen's death as she thought she was.

The one issue some people might have with this book is that even though it's paranormal and deals with the Sleepy Hollow story, there's no paranormal content at all until the last 50 pages or so. The Hollow is part of a planned trilogy (the 2nd book, The Haunted, is already out), so all the unresolved plot points do continue in forthcoming books, so that issue was resolved for me. If you go into this expecting paranormal to the extreme you aren't going to find it, but what you do get is Abbey, wonderful amazing Abbey...can you tell I love this character? Abbey is amazingly normal and relatable as a character, probably one of the more realistic teenage heroines I've encountered. The first person narration allows readers to really understand Abbey's motivations and really get to know her. She doesn't rely too much on Caspian, confronts him when she's not happy with something he's done, her grieving process is realistic, she's appreciative of her parents but also gets frustrated with them, she's just wonderfully normal. Most of the book is Abbey describing her life post-Kristen, and for those people that can't deal with slice-of-life descriptions (since the real meat of the story is right at the end), they might get really frustrated with this novel since you're going to be reading through 400 pages of Abbey being Abbey. Again, I enjoyed it purely because I loved Abbey, but I can see others hating it for this reason. But for those of you that are willing to wait it out, the ending is one that inspires the "OMG I need the next book now!" type of situation (I have book 2 on order at Amazon as we speak).

Recommendation:
This first book in a trilogy takes a while to get to the main points, but when it does, oh boy, it will knock you senseless. Give this a go, it has a lot of potential. 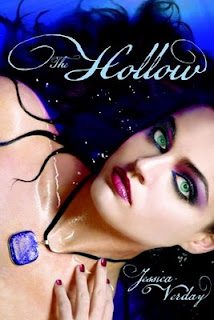