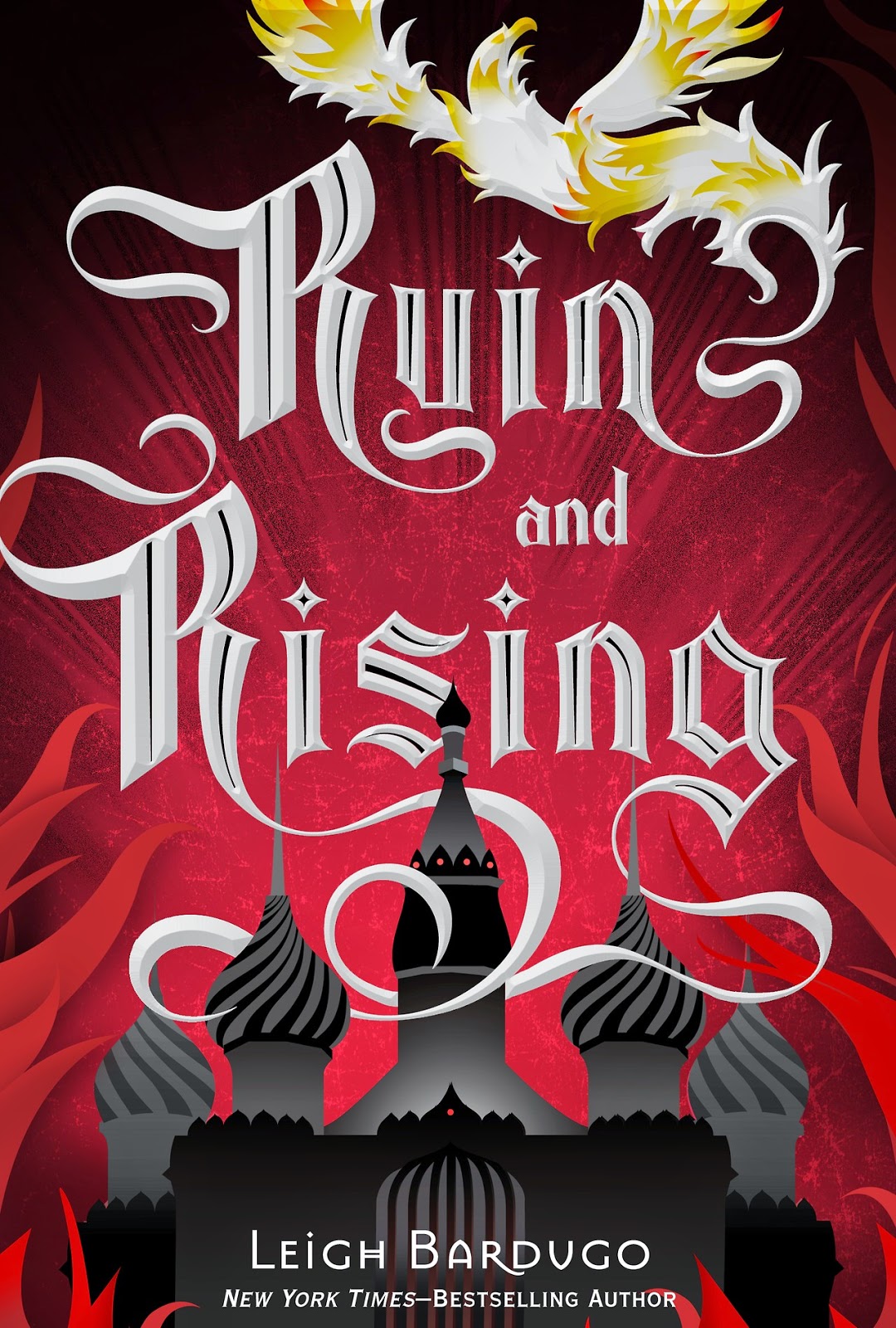 The Darkling rules Ravka from his shadow throne. Now the nation's fate rests with a broken Sun Summoner, a disgraced tracker, and the shattered remnants of a once-great magical army.

Deep in an ancient network of tunnels and caverns, a weakened Alina must submit to the dubious protection of the Apparat and the zealots who worship her as a Saint. Yet her plans lie elsewhere, with the hunt for the elusive firebird and the hope that an outlaw prince still survives.

Aline will have to forge new alliances and put aside old rivalries as she and Mal race to find the last of Morozova's amplifiers. But as she begins to unravel the Darkling's secrets, she reveals a past that will forever alter the understanding of the bond they share and the power she wields. The firebird is the one thing that stands between Ravka and destruction - and claiming it could cost Alina the very future she's fighting for.

Review:
I read both Shadow and Bone and Siege and Storm last year and quite enjoyed the first and second books of the trilogy, so of course I was excited to get the conclusion. And then my excitement turned to deflated anger...

The story starts out well enough with Alina, Mal, and the rest (Tamar, Tolya, Genya, Nikolai etc.) managing to escape from the clutches of the Apparat and his followers underground due to the resurgence of Alina's powers. Then they go in search of the firebird to try to harness its powers before the Darkling can. Then towards the end after the firebird is found (not giving spoilers on that), things just come apart in the most spectacular fashion. Spoilers ahead, so a fair warning for everyone.

The Darkling is one of my favourite types of characters. A villain/antagonist that is a perfect mix of good and evil where you don't hate them to the point where you want them to die, but you know they need to be stopped or else everything is doomed. Plus, the scenes between him and Alina are just plain delicious dialogue-wise. So when he died in a pretty mediocre way it was disappointing, mostly because I thought the plot would've worked better if he and Alina just embraced their god-like powers together. And then Alina loses releases her powers to the citizens and Mal loses his amazing tracking skills, so they're both horribly boring and essentially go back to where they were before the first book even started. So here's a female protagonist with amazing powers greater than a god, and what happens? She reverts to mediocrity to end up with the annoying boy who had issues being there for her when she was at her best but no problems being with her when she's no better than him.

Recommendation:
I enjoyed the series but the conclusion was disappointing, especially coming from a feminist perspective.

Thoughts on the cover:
The continuity goes on in the third cover, this time in red hues with the castle and the firebird.
Posted by Andrea at 8:58 PM