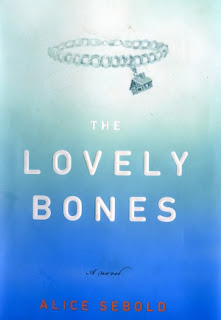 Summary:
From the publisher:
When we first meet 14-year-old Susie Salmon, she is already in heaven. This was before milk carton photos and public service announcements, she tells us; back in 1973, when Susie mysteriously disappeared, people still believed these things didn''t happen. In the sweet, untroubled voice of a precocious teenage girl, Susie relates the awful events of her death and her own adjustment to the strange new place she finds herself. It looks a lot like her school playground, with the good kind of swing sets. With love, longing, and a growing understanding, Susie watches her family as they cope with their grief, her father embarks on a search for the killer, her sister undertakes a feat of amazing daring, her little brother builds a fort in her honor and begin the difficult process of healing. In the hands of a brilliant novelist, this story of seemingly unbearable tragedy is transformed into a suspenseful and touching story about family, memory, love, heaven, and living.

Review:
I honestly had no idea this book existed until I saw the trailer for the upcoming movie, I'm bad like that. When this book was first published in 2003 I was knee-deep in French and Russian literature at university and wouldn't have had the time to read it anyway. Thankfully I did get to read it, and since so many high schools in my area are putting it on their optional reading lists (surprising considering the subject matter), I'm going to review it. This book is being marketed more towards young adults now with the release of the movie, so that's why it's under both adult and young adult genre headings.

A lot of people are turned off this book right away because it deals with horrific rape and murder within the first few pages. Thankfully for me, the stuff I read in university makes this book look like Doctor Seuss in comparison; so there isn't much I won't read.

The first chapter begins with Susie narrating the details of her rape and death, everything from her rapist's comments about her underwear to her mutilated body staining the garage floor of his house. Yes, it is quite disturbing, but if you can get over that, you can see the beauty of the novel.

Susie's heaven is wonderful. In the beginning, it forms into whatever the person wants it to be; hers looks like the town's high school she never got to go to. She meets other people in her heaven, and from there they watch people on earth. She doesn't meet all deceased people in her heaven because its for people not ready to give up the life they had on earth, they still have connections and people they want to look in on constantly. Susie watches her family, of course, and watches them for 10 years after her death.

There's equal development between Susie's friends and family after her death, and Susie herself. Despite being dead she grows up and experiences things via the people she watches. The issue with her mother Abigail abandoning the family a year after Susie's death is probably the most interesting. She wants to be more than a mother once she realizes the only thing she has lived for has been so easily taken away from her. There's so many feminist elements in this part it practically screams it. She doesn't get much sympathy from me though, abandoning your family is still one of the worst things a person can do whether you're a man or a woman.

The book is wonderfully written; the imagery of Susie's heaven is just beyond description but the author manages to illustrate the beauty of it. The real draw of this book though is reading about the actions of various people after Susie's death. You soon realize that every single thing they do is somehow related to her dying, even 10 years after the fact.

Recommendation:
If you can get past the first chapter's horrifying subject matter, read this! It's worth reading simply because you don't see stories like this very often.

Thoughts on the cover:
The original cover has the image of Susie's charm bracelet against a blue background that looks as if its fading from dark to light blue. The charm bracelet is a good choice for the cover since it's mentioned quite a few times and is the last thing the reader sees at the end of the book.
Posted by Andrea at 9:11 PM