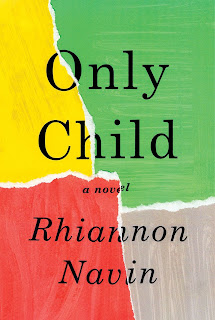 Sometimes the littlest bodies hold the biggest hearts, and the quietest voices speak the loudest.

Squeezed into a coat closet with his classmates and teacher, first-grader Zach Taylor can hear gunshots ringing through the halls of his school. They've practiced lockdown drills before - it was fun and exciting then. But this time it's not a drill. A gunman has entered the school, and in a matter of minutes he will take nineteen lives and irrevocably change the fabric of this close-knit community.

While Zach's mother pursues a quest for justice against the shooter's parents, holding them responsible for their son's actions, Zach retreats into the healing world of books and art. Armed with his new insights, and the optimism and stubbornness only a child could have, Zach becomes determined to help the adults in his life rediscover the universal truths of love and compassion they need to pull them through their darkest hour.

Only Child introduces readers to not one but two remarkable new voices: that of Zach Taylor, the precocious gentle narrator, and that of author Rhiannon Navin, who breathes life into him with the compassion, honesty, and humour of a natural storyteller. Dazzling and tenderhearted, Only Child teaches us all to "see through the noise of our adult lives, back to the undeniable truth of childhood - kindness begets kindness" (Bryan Reardon, author of Finding Jake).

Review:
As both a teacher and a mom (especially one who was a teenager during Columbine), school shootings are a paralyzing thing to read about. As a mom, I think immediately of my own six-year-old and the instinct to keep her safe (I cried when she first started lockdown drill practices in her school), and as a teacher the sickening thought that if my own class were ever involved in one, that I would most likely be killed trying to protect them.

Only Child is the story of six-year-old Zach, who survives a school shooting that claims the life of his older brother, Andy. Zach's story opens with him already in the closet as the shooting begins. The author grabs your interest right away with achingly real descriptions of what a class of six-year-olds and their teacher would be doing and feeling once they start to realize the "pops" they're hearing are actually gunshots. The teacher swears in her frustration trying to unlock her phone to call 911, kids are puking from fright and being confined in a closed space, Zach hones in on the smells and the sounds (which will later be PTSD triggers for him) because he literally can't do anything else. The chaos of the aftermath was wonderfully done too: the blood-stained clothes, the confusion, kids trying to wait for their parents and parents trying to figure out where their children are...it was so hard to read, but I have to give the author credit for a realistic portrayal.

The author not only handles the event of the shooting with realism, but also what happens after the families return home. I actually liked how the author addresses through Zach the idea that sometimes we have conflicting thoughts about people who die: Andy had ODD and was a challenging child who was a jerk to his little brother most of the time, and Zach calls out his parents when they gloss over that at the funeral and at the interviews that follow. The loss of a child is something that very few marriages manage to survive, so the aspect of the parents' relationship is depicted as well.

I fell in love with Zach as a narrator, he's not only lovable but realistic as well, reading his thoughts sounded like my six-year-old daughter talking. There is only one thing I take issue with regarding the author's portrayal of Zach: there is no way a six-year-old is mature enough to do some of the things Zach is depicted doing. Zach obtains all his information about the shooting through the news reports on TV and the iPad afterwards, requiring an impressive amount of reading. Now, this is plausible for some strong readers at six, my own kid surprises me at the complexity of words she can actually read on her own still months away from turning seven. But the author goes out of her way to mention that Zach isn't a particularly strong reader like Andy, who was tested as gifted and read the Harry Potter series at Zach's age. Zach also uses art and colour to illustrate his feelings, pairing up colours to match the mood he's in, completely on his own. That kind of concept would be difficult for some kids to understand, and for a six-year-old boy to just decide to do that completely on their own is something I have trouble believing.

Recommendation:
This is the emotional equivalent of getting hit by a train...times ten. Beware, you will ugly cry and need a box of tissues, but it's so worth it.

Thoughts on the cover:
It's very plain, but the seemingly random colours do tie into Zach's use of colour to describe his feelings: green for anger (like the Hulk), yellow for happy, grey for sadness, red for embarrassed.
Posted by Andrea at 7:48 PM