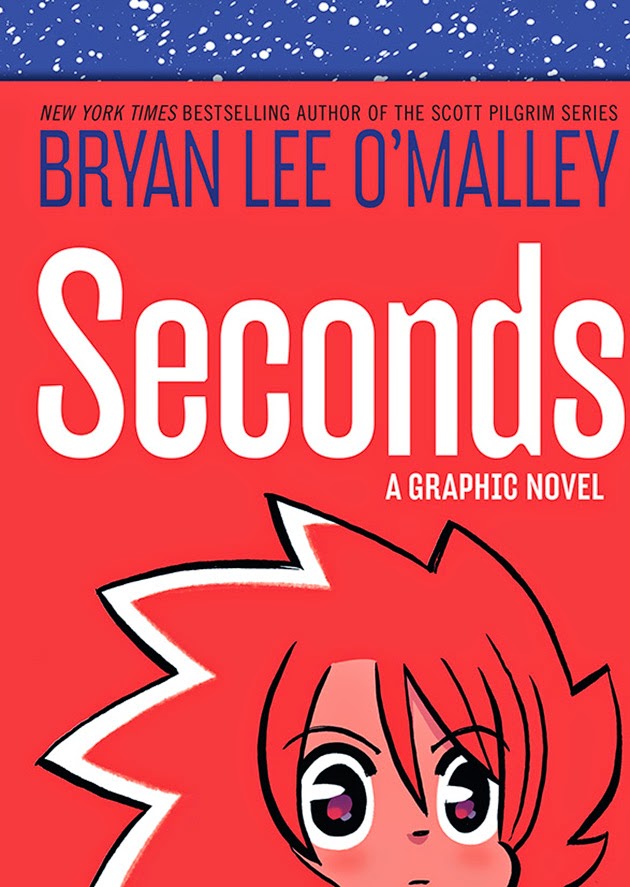 Katie's got it pretty good. She's a talented young chef, she runs a successful restaurant and she has big plans to open an even better one. Then, all at once, progress on the new location bogs down, her charming ex-boyfriend pops up, her fling with another chef goes sour, and her best waitress gets badly hurt. And just like that, Katie's life goes from pretty good to not so much. What she needs is a second chance. Everybody deserves one, after all - but they don't come easy. Luckily for Katie, a mysterious girl appears in the middle of the night with simple instructions for a do-it-yourself do-over.

And just like that, all the bad stuff never happened, and Katie is given another chance to get things right. She's also got a dresser drawer full of magical mushrooms - and an irresistible urge to make her life not just good, but perfect. Too bad it's against the rules. But Katie doesn't care about the rules - and she's about to discover the unintended consequences of the best intentions.

From the mind and pen behind the acclaimed Scott Pilgrim series comes a madcap new tale of existential angst, everyday obstacles, young love, and ancient spirits that's sharp-witted and tenderhearted, whimsical and wise.

Review:
I read the Scott Pilgrim books years ago and enjoyed them but they were a bit too quirky for my taste, but when I saw the author/illustrator was releasing a one-shot, I knew it would be worth the read.

Katie is twenty-nine and doing pretty well for herself. She co-owns a restaurant that is famous for her food, and planning to open a new restaurant all her own. But then she has a wacky dream about a girl perched on her bedroom dresser and her waitress Hazel gets badly burned, followed by said dream girl offering her magic 'shrooms...that's right. When Katie wakes up the next morning, Hazel is fine and more things begin to go wrong. Katie gets the idea to use the mushrooms to erase past errors with her love life, with her restaurant, and with herself. But as she messes with supernatural things she doesn't understand, Katie's world begins to unravel and get simply creepy, unless she can figure out how to restore the balance and move on without the aid of magic.

I really enjoyed this story because it spoke to me about my stage of life recently and currently. So many graphic novels either deal with kids and teenagers and their lives, or adults in fantasy settings that aren't realistic to begin with, so it was refreshing to see a realistic story about a person firmly entrenched in adulthood who's struggling with their choices, especially since that protagonist is female. Katie is very believable, she mostly has it together and is pretty successful but still screws up and questions her sanity from time to time. Hazel was simply adorable, and did have awesome hair. Lis was sufficiently creepy and unsettling, and I liked how the cast was very obviously multi-cultural.   Though the ending felt rushed, I have to give the creator credit for getting incredibly creepy and existential, and it takes a fair bit to creep me out these days. There is some sexual content, so not exactly appropriate for younger readers, but I wouldn't be clutching my proverbial pearls if a sixteen or seventeen-year-old got their hands on this.

Recommendation:
Approachable and sweet with a touch of the other-worldly, this is a must-read.

Thoughts on the cover:
I love the red and blue with Katie's awesome starfish hair.
Posted by Andrea at 9:41 PM