On the Way to Everywhere - Kirsten B. Feldman 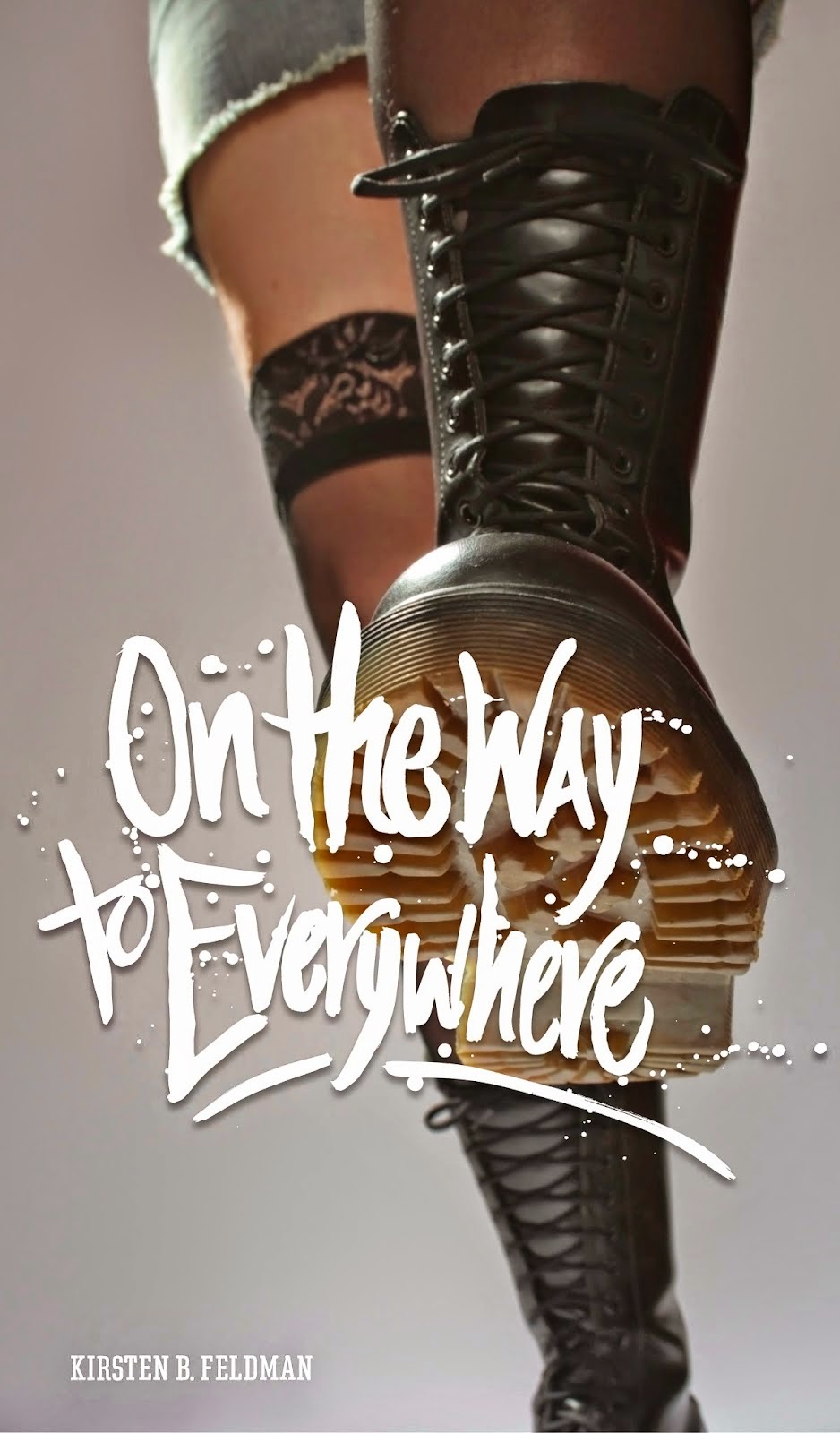 Though she's named for the magical Harry Potter, six-foot, dreadlocked Harry Kavanaugh doesn't find any wonder in her daily life at an exclusive girls' school outside of Washington D.C. In fact she wants nothing more than to chuck her lot and enter the wilds of public school - too bad she didn't reckon on a trip to the hospital, a runaway, and a renegade or three, which just might show her a different path to everywhere.

Review:
I'm so happy I got the chance to review this book, I would've missed a wonderful coming-of-age story otherwise.

To say that Harry doesn't fit in would be an understatement. She's an intelligent, tall redhead who doesn't fit your stereotypical image of femininity, so she stands out amongst the other girls at her private school. She's the product of her parents' one last hurrah after their divorce, so her father, stepmother, and half-sister Felicity don't exactly treat her well. Her mother, Imogene Gayle, is Harry's opposite, self-absorbed and flighty, who also teaches dance at the school. Harry just wants to find somewhere she can be accepted, so she hatches a plan to flunk out of Boltmore so her mother will allow her to attend public school with her friend William. However, due to the support of her older brother Jeremy, the influence of her English teacher, a budding romance with William, and finding a mandatory sport for PE that she actually enjoys; Harry begins to rethink her grand plan.

Harry is a wonderful character. She's spunky with a dark sense of humour, and stays true to herself rather than put on a mask to fit in; something a lot of teenagers could learn from. She's equally admirable and vulnerable, desperately wanting acknowledgement from her mother and father instead of their indifference. This makes her realistic and likeable, I was rooting for her from the beginning.

I also felt that the other characters had equal opportunity for growth. Harry's parents, though deplorable in the beginning, were actually worthy of sympathy by the end. Jeremy is just wonderful, I wanted to rip him out of the book so he could be my brother. Even Harry's school counsellor Vishnu had his moment.

I enjoyed the depiction of Harry's various relationships. Jeremy is an incredible big brother and advocates for his little sister, something sibling relationships in novels don't portray too often. In turn, Harry is supportive of Jeremy's relationship with his new boyfriend (kudos to the author for the LGBT reference). Harry's slowly developing romance with William was heart-warming to observe, not to mention avoiding all the cliches YA novels tend to fall into (yay for no insta-love!). Harry even manages to find common ground with her mother, which was pleasantly surprising.

I have to give the author credit on her writing style. Harry's narration draws readers in to her fast-paced, sarcastic wit; while the successful world-building puts you right in the upper class environment Harry longs to escape. Also, the scenes with Frannie were simply hilarious, all dog owners will be able to relate.

Recommendation:
A spectacular coming-of-age story with a relatable heroine, admirable relationships, and growth experiences for all the characters involved. A must-read! The book is available here if you wish to buy it.

Thoughts on the cover:
Fits perfectly with Harry's personality. I love how they included the Doc Martens.
Posted by Andrea at 3:39 PM