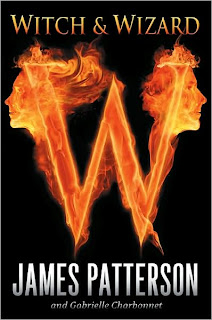 Summary:
From the author's website:
You are holding an urgent and vital narrative that reveals the forbidden truth about our perilous times....
This is the astonishing testimonial of Wisty and Whit Allgood, a sister and brother who were torn from their family in the middle of the night, slammed into prison, and accused of being a witch and a wizard. Thousands of young people have been kidnapped; some have been accused; many others remain missing. Their fate is unknown, and the worst is feared—for the ruling regime will stop at nothing to suppress life and liberty, music and books, art and magic...and the pursuit of being a normal teenager.

Review:
When I read the inside cover, I got excited about this book. Based on the description of the plot I read, it had the potential to be an amazing book. Such a disappointment after actually reading it.

The story opens with Wisteria "Wisty" Allgood narrating what is about to be her own execution. She goes back to the beginning to reveal how things progressed to that point. The narration alternates every few chapters or so between Wisty and her older brother Whitford "Whit" Allgood. I liked the different narration perspectives since it showed the points of view between the two siblings. But that was about the only thing I liked.

The story is simply not believable due to its lack of depth. The existing government practically crumbles overnight and the kids are taken away and accused of being a witch/wizard. It would have been nice to see how the government came to power and the opinions of the characters regarding it. Also, their magic powers pop up out of nowhere once they're taken away. No hints of any past powers due via flashbacks or anything, just poof, Wisty turns into a huge human fireball and can turn the class weasel into an actual weasel. It read like something my 12-year-old students would write, stuff just happening out of the blue without any justification for it. The novel is also practically all dialogue, and very colloquial dialogue at that, I may as well have been reading a script for a B grade teen movie. The different settings of the book had lots of promise: The Shadowland, the Overworld, the Underworld; but the ghost of Whit's dead girlfriend, Celia, never explains anything beyond "yup, these places all exist, let's get out of here". Yes, there is a ghost of a dead girlfriend and no, it didn't make the plot more exciting.

All in all, I don't even think I'll be keeping this for my classroom library, this is a published example of how we tell the kids NOT to write like. Plus, if I wanted to give them a taste of dystopian fiction there are much better choices out there.

Recommendation:
Pass. Don't even read the sequels, just pass on it.

Thoughts on the cover:
Why are both the kids featured in the fiery W when only Wisty can burst into flames? Sheesh, they can't even get the cover right.
Posted by Andrea at 5:16 PM